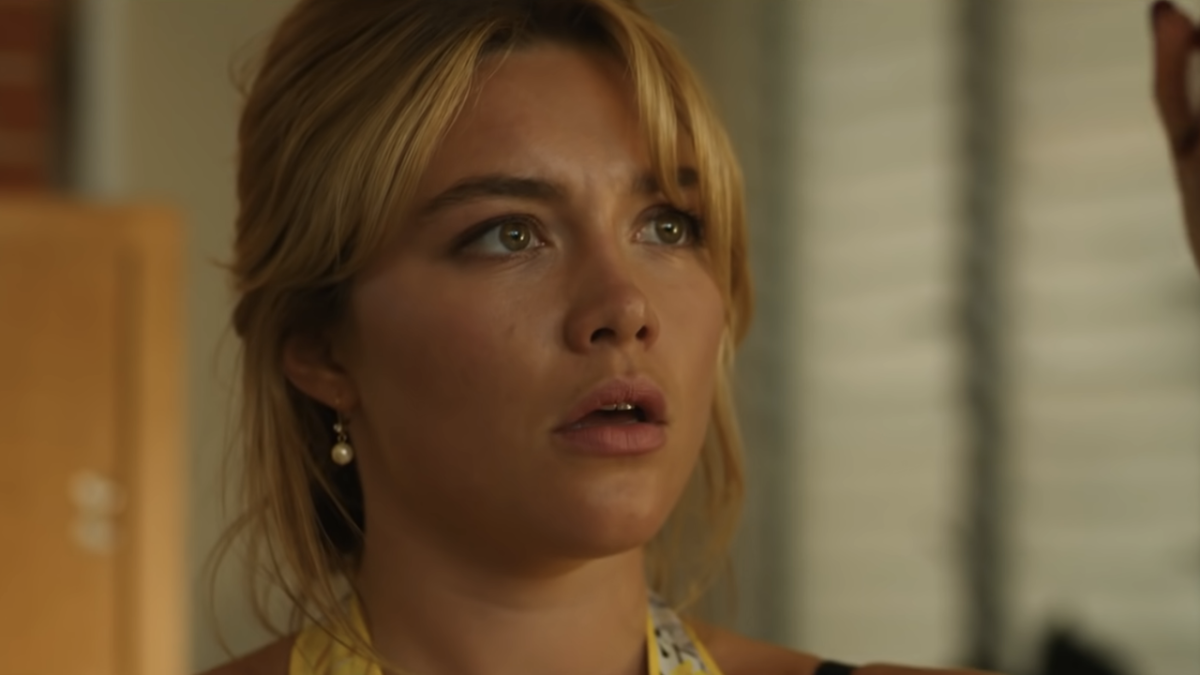 Florence Pugh said she knew she would make a lot of noise when she wore a sheer pink dress to a recent Valentino fashion show in Rome. The look went viral and has become a focal point of the event, especially after Pugh defended “fucking free”[ing] the damn nipples” in a candid message. Apart from that, however, there were also some problems between Valentino, who set up the show, and the separate fashion house Dior, which demanded $100,000 after the event.

Why Dior Demanded Valentino Pay Them After the Viral Fashion Show

I’ve seen fashionistas argue Emily in Paris, but apparently this kind of behavior translates to real life too. According to Christian Dior, the now infamous Valentino show blocked customers from accessing the rival fashion brand’s luxury store. The crowd of celebrities who attended the event, including Pugh, as well as Anne Hathaway, Andrew Garfield and many, many others, were not the only spectators. Reports even show that there was a crowd in front of the Spanish Steps, and therein allegedly lies the problem.

According to Page Six, Dior fired a letter after Valentino’s popular show demanding that the other fashion house pay 100,000 euros, or $100k in US dollars. The store claims it was unable to “operate” for much of the day from the afternoon of the show. Apparently Fridays are also typically busy for the brand.

Christian Dior Italia initially demanded that Valentino pay them within 15 days or else they would “take all necessary steps” to make up for the losses after the Milan-based label’s fashion show ruined their Friday operations. Though in a second report to Reuters, the matter has supposedly been resolved, with Dior reportedly backing down via a second note, although that comes from an undisclosed source.

Some business interruptions are quite common when live events are happening outdoors. I’m sure the same thing happened the night the NFL draw took place in Las Vegas outside on The Strip in front of the Bellagio this year, but events like this also bring people to the city who normally wouldn’t be there. I’d also like to know if the same people who might have shopped at Dior on Friday were just at the event to see the other label’s show.

Valentino had applied for the proper permits before the show took place outside.

The Valentino show sparked controversy for more reasons than one

It’s unclear if Dior was the only company to be salty about the Valentino show held in Rome, but Florence Pugh also faced criticism during her performance on the show for her fashion choice. Her dress was supplied by Valentino and you could clearly see the actress’s nipples through the fabric of her dress.

The petite women The actress faced backlash afterwards, doubling down with a post on her Stories that read, “In case you were terrified of my nipples, here’s some more. She also more eloquently revealed her feelings in a longer post.

Eventually other celebrities including Bridgerton star Regé-Jean Page, defended Pugh’s choice to wear the dress, but it still made this particular Valentino show quite infamous. This isn’t the first time fashion has made headlines for something beyond the outfit itself, and it certainly won’t be the last.