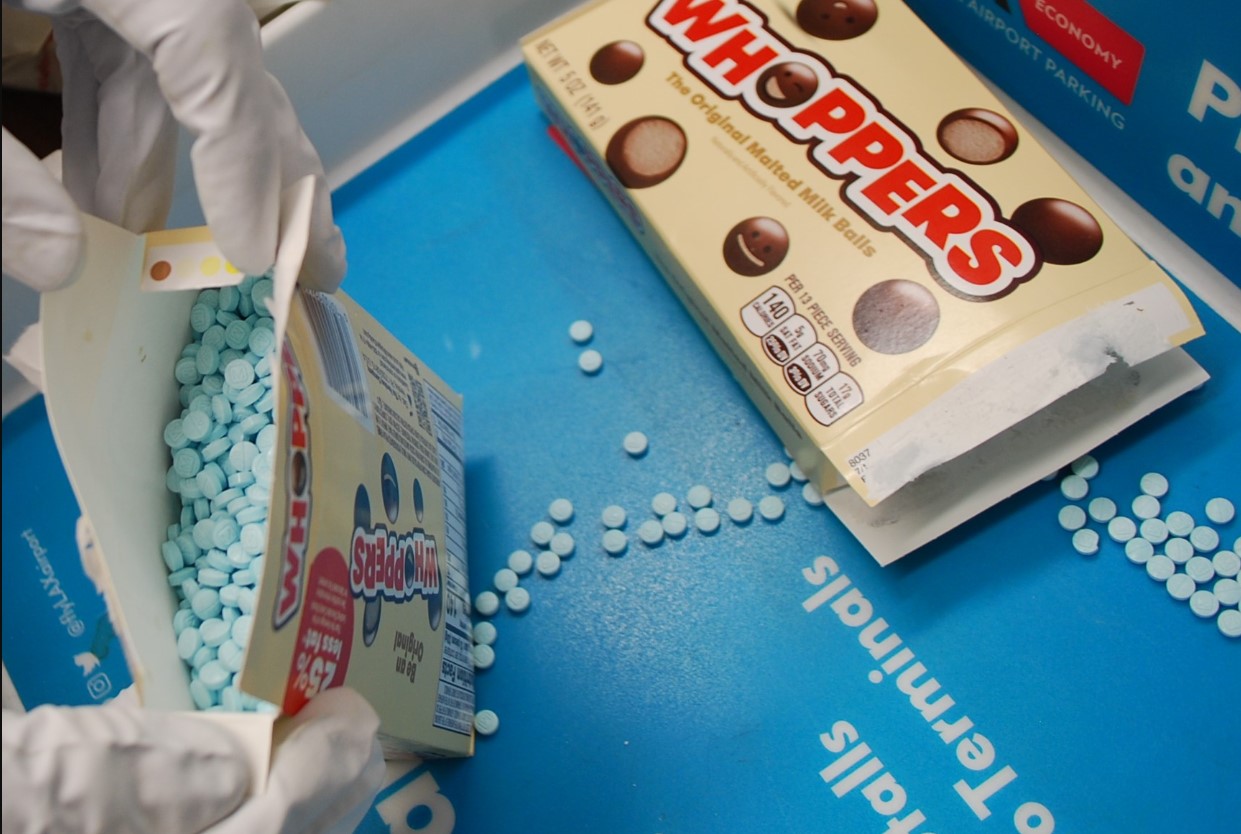 (KTLA) — Authorities on Wednesday seized about 12,000 suspected fentanyl pills found in several bags of what appeared to be candy at Los Angeles International Airport.

Los Angeles County Sheriff’s narcotics detectives and DEA agents assigned to the airport responded to a TSA screening area around 7:30 a.m. after a person tried to go through bags of candy and other snacks, officials said in a press release. .

Authorities found the pills in boxes of Sweetarts, Skittles and Whoppers.

The suspected trafficker fled but has been identified, authorities said.

Authorities recently warned that drug dealers have disguised fentanyl in candy wrappers and manufactured them in rainbow colors to hide them from authorities.

What to do if someone overdoses on an opioid, such as fentanyl?

In its press release, the LA County Sheriff’s Department warned of the possibility of the pills being confused with candy.

“As Halloween approaches, parents should make sure to check their children’s candies and not let them eat anything until it’s inspected by them,” the sheriff said.

But despite fears that drug dealers are deliberately pushing fentanyl on trick-or-treaters, many experts argued there’s a very small chance of any danger in Halloween candies, WVNS reported.

Joel Best, a sociology professor at the University of Delaware, has researched this exact topic for decades and has not come up with any evidence that “a child has ever been killed or seriously injured by a contaminated treat picked up over the course of a period of time.” trick-or-treating,” he told PBS’ The Conversation earlier this month.

However, there is one notable example of a child dying after taking Pixie Stix with cyanide, WVSN reported. In that case, the father of the child was eventually arrested and charged with murdering his son.