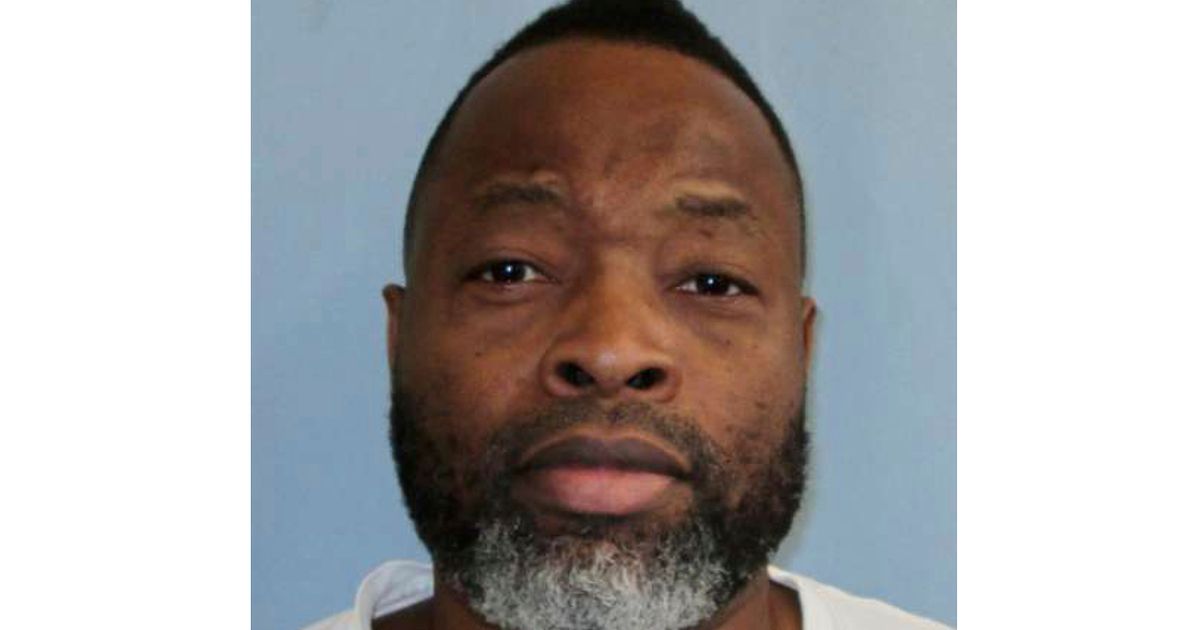 MONTGOMERY, Ala. (AP) — Alabama will execute Thursday night a man convicted of murdering his ex-girlfriend nearly 30 years ago, despite a request from the victim’s family to spare his life.

Joe Nathan James Jr. will receive a lethal injection at 6 p.m. CDT at a South Alabama prison. James was sentenced to death in the 1994 shooting of Faith Hall, 26, in Birmingham. Hall’s daughters have said they’d rather see James in prison for life. But Alabama Governor Kay Ivey said on Wednesday she planned to let the execution go ahead.

Prosecutors said James had a brief relationship with Hall and that he became obsessed after she rejected him, stalking and harassing her for months before killing her. On August 15, 1994, after Hall was out shopping with a friend, James broke into the friend’s apartment, pulled a gun from his waistband and shot Hall three times, according to court documents.

A Jefferson County jury first convicted James of murder in 1996 and voted to recommend the death penalty, which a judge imposed. The conviction was quashed when an appeals court ruled that a judge had wrongly admitted some police reports as evidence. James was retried and sentenced to death again in 1999, when jurors rejected the defense’s claims that he was under emotional pressure at the time of the shooting.

Hall’s two daughters, who were 3 and 6 when their mother was murdered, had recently said they’d rather see James in prison for life.

“I just feel like we can’t play for God. We can’t take life. And it won’t bring my mother back,” one of the daughters, Terryln Hall, told The Associated Press in a recent telephone interview.

“We thought about it and prayed about it, and we found it within ourselves to forgive him for what he did. We really wish there was something we could do to stop it,” Hall had said, adding that the road to forgiveness was long.

“I hated him. I did. And I know hate is such a strong feeling word, but I really had hate in my heart. When I got older and realized you can’t walk around with hate in your heart. You still have to live. And when I had kids of my own, you know, I can’t pass it on to my kids and let them walk around with hatred in their hearts,” she said.

Alabama Attorney General Steve Marshall had urged Ivey to let the execution go ahead, writing that “it is our duty to ensure justice is done to the people of Alabama.”

“The jury in James’ case unanimously decided that his brutal murder of Faith Hall warranted a death sentence,” Marshall said.

In response to a reporter’s question, Ivey said on Wednesday she would not intervene.

“My staff and I have examined all the files and all the facts and there is no reason to change the procedure or change the outcome. The execution will continue,” she said.

James has acted as his own attorney in his bid to stop his execution, sending handwritten lawsuits and appeals from death row to the courts. A lawyer filed the latest appeal on his behalf in the U.S. Supreme Court on Wednesday.

James asked judges for a reprieve, noting the opposition from Hall’s family and arguing that Alabama had not sufficiently informed the inmates of their right to choose an alternate method of execution.

He argued that after lawmakers approved nitrogen hypoxia as a new method of execution, officials in Alabama gave inmates only a short time to choose the new method and that the inmates did not know what was at stake when they were given a selection form without any explanation. Alabama does not plan executions for prisoners who chose nitrogen. The state has not developed a system to use nitrogen to carry out death sentences.