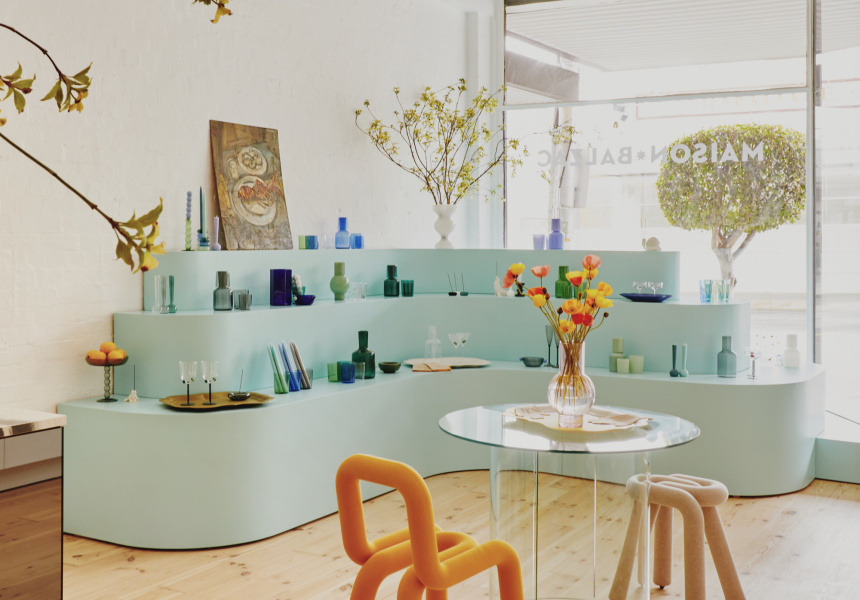 “Melbourne is the reason I moved to Australia 18 years ago.”

So says French-born Elise Pioch Balzac — founder of Sydney-based French-inspired candle and homeware label Maison Balzac — who opened a store where it all started.

“When I arrived from Paris I lived on Russell Street in the middle of the city and I absolutely fell in love with the streets, the people, the restaurants and bars,” says Pioch Balzac. “Open a store” [here] feels like a full circle moment.”

About 18 months since setting up shop in Sydney – in what feels more like a posh Parisian apartment than a shop – her first Melbourne store has arrived on Armadale’s High Street.

Here you’ll find all the scented candles, curvy glassware and delicate oil burners that have helped Maison Balzac develop a worldwide following since its launch in 2012.

“Last Christmas I won a rare and beautiful ceramic object by Ettore Sottsass at an auction in France. It is called the Lapislazzuli teapot and is considered a classic example of the Memphis movement. I was so drawn to the color and the geometric shape that I decided to base the entire design of the boutique around it.” Most obvious: the curvaceous, paler-like shelving.

“I drew my vision for the space on a piece of paper and shared it with Sam. Two weeks later she finished the design and 12 weeks later we opened the doors.”

In addition to all the vibrant Maison Balzac classics, the store is also stocked with the label’s new Pompom wine glasses, which are exclusive to Melbourne. “We wanted to celebrate the opening of Armadale with a unique product … But the store is much more than a retail space, it is an invitation to enter the whimsical Maison Balzac world.”