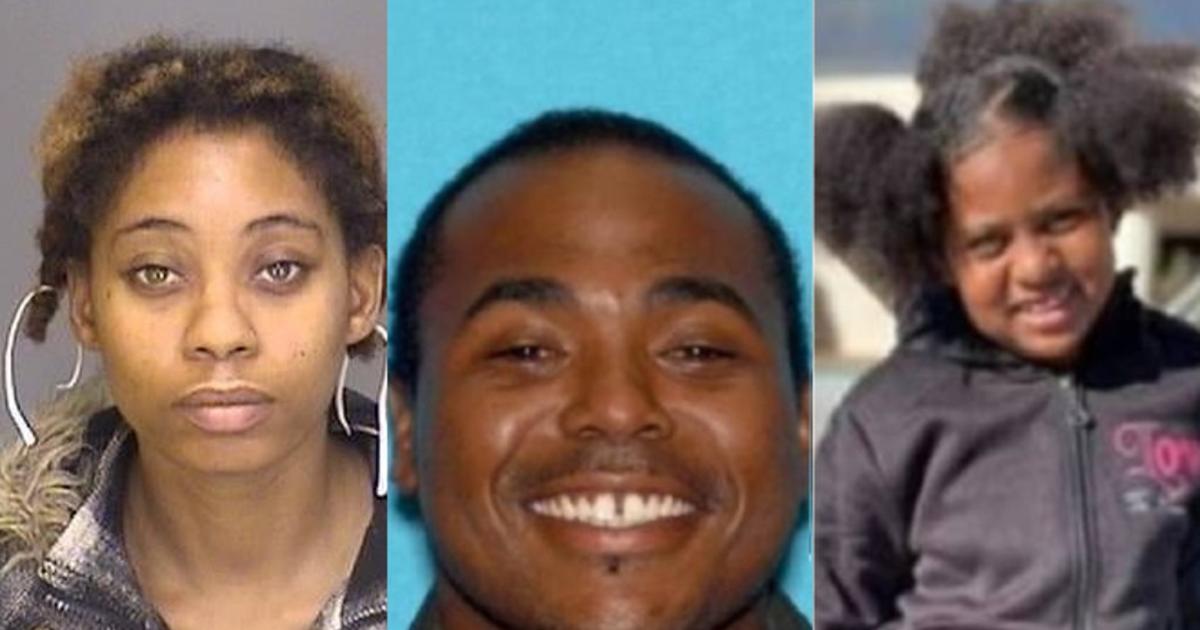 HAYWARD — Dhante Jackson, wanted in connection with the March murder of his girlfriend’s young daughter Sophia Mason, was arrested Saturday by Merced police.

According to California Attorney General Rob Bonta, detectives took Merced Jackson into custody while he was hiding in Newark.

“The pain of losing a child is unimaginable, especially when that child was the victim of abuse,” Bonta said in a statement. “We grieve with Sophia’s family and loved ones and recognize that she should be here with us now – playing, learning and growing up.”

Jackson had been on the run since a warrant for murder and child abuse was issued in the days following the discovery of Sophia’s lifeless body in a bathtub at his Merced County home.

Sophia mother, Samantha Johnson, was also arrested in the case and is still incarcerated after pleading not guilty to murder.

“While the case is still under investigation, we would like to express our deepest gratitude to the Merced Police Department and the California Department of Justice for their tireless work in bringing this tragic incident one step closer to justice,” the Hayward Police Department said. in a statement. “Our hearts and thoughts remain with little Sophia’s family and loved ones; we cannot imagine your pain as you continue to mourn her loss.”

Sophia’s body was found at Jackson’s home on March 11, two days after Hayward’s police detectives asked for help from the public in locating her, saying she was considered a risk.

According to police, relatives, who were stunned when her body was discovered, said the girl was last seen in December.

“Devastated, shocked and angry. It just seems unreal,” said Mason’s niece Melanie Verlatti. “Thinking about how this could have been avoided, and just knowing it’s terrible, and it’s a tragedy.”

Verlatti described Mason as a bubbly and playful girl who adored her adoptive grandmother, Sylvia Johnson. She has raised Mason for most of her life.

The family said there have been several red flags over the years and pleas for help from authorities and child protection services have fallen on deaf ears.

“It was countless phone calls, letters, emails… my cousin, who is also Samantha’s sister, had sent me documents saying that we feel that Sophia is in an unsafe environment. Her mother took her with her, we know she’s a prostitute, and she’s got her, and she’s in a hotel somewhere, but they’d end up saying ‘well, she’s with her mother,'” Verlatti said.

Samantha was adopted by Sylvia at a young age. The family said she struggled with mental health issues, including bipolar disorder and schizophrenia. Over the years, Samantha showed up sporadically and took her daughter without warning. She would disappear for weeks and months at a time, cutting off all communication.

“She took Sophia up and down the coast, Northern California, Southern California, in and out of various hotels, while she prostituted. Who knows what she was exposed to and we heard she drugged her before so she would go to sleep and not making noise in a hotel room while her mother is involved in illegal activities,” Verlatti added.

There were also signs of physical abuse by her mother, she said.

In the fall of last year, the family said Kaiser Permanente employees began taking photos of the child’s scars and bruises, which had nothing to do with the car accident that originally took her to the hospital. But then Samantha fled the hospital with Sophia.

The day before police found the body, Johnson, 31, was arrested on child abuse charges after giving investigators suspicious information about her daughter’s whereabouts. Finally, she gave Hayward Police enough information to ask Merced Police to check the house on Barclay Way.

The Merced Sun-Star cited court documents stating that Johnson had told police that Jackson kept the girl in a shed outside his home and physically and sexually abused her. According to the report, Merced police found Sophia’s body in a bathtub in a locked bathroom.