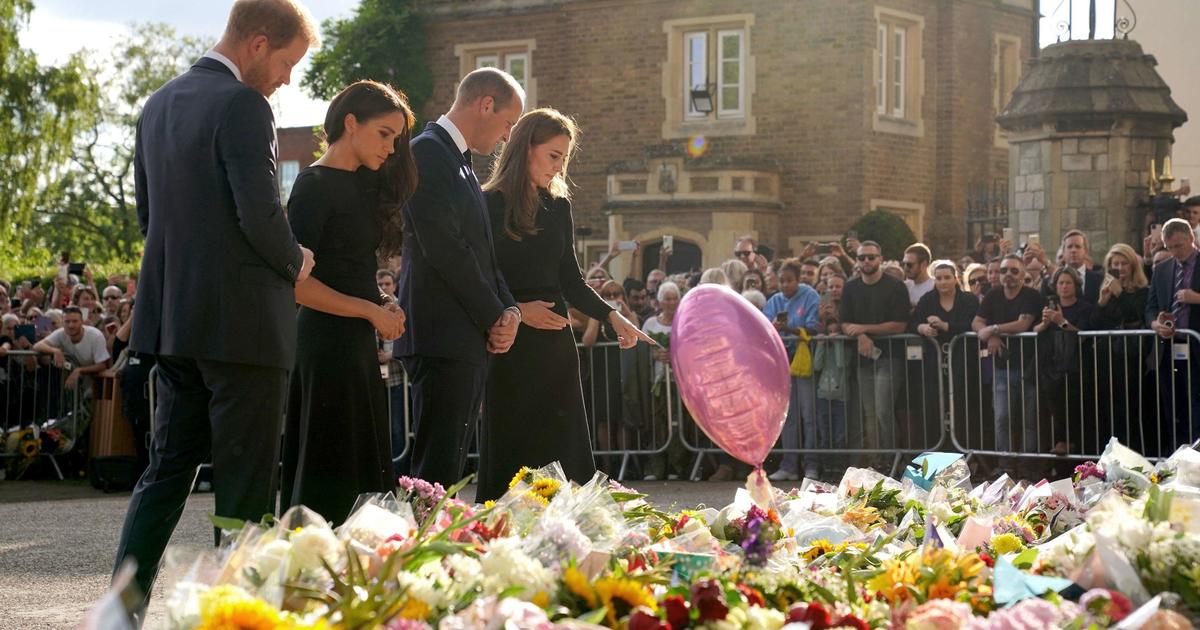 WINDSOR, England — There was an incredible display of unity between Prince William and Prince Harry on Saturday as the brothers greeted the crowd outside Windsor Castle with their wives.

As the nation now gathers to mourn her, it may have come as a surprise to some, but it was only natural that the Queen’s grandsons would also gather.

Prince William and Princess Kate have publicly reunited with Prince Harry and Meghan Markle for the first time in more than two years. The brothers walked out of Windsor Castle with their wives and spent time shaking hands among the crowd.

“I’ll make sure these flowers get to the gates, okay?” William told one person.

It was an incredible sight and surprise for almost everyone there.

“It just felt like you were part of a very historic moment in my life, in the life of Britain,” said Maria Holmes.

“I think people are there to make sure they know they’re loved and that we’re thinking of them, which is why we’re here,” said London-based Ann Cockerton.

Fourteen-year-old Amelka Zak was so overwhelmed that she asked to hug Duchess Meghan.

“And I asked her if I could have a hug, and she hugged me back. That was just a great moment. I’m still shaking now,” Amelka said.

From there, Bauman ducked into a London pub, where people were hooked on TV coverage of the royal family.

“It’s always sad when a funeral brings a troubled family together, but they did it,” said Maria Riley.

The Riley family drove 50 miles to get there for the day.

“Why was it worth making that trip for you?” asked Bauman.

“To share my feelings with my family and the people of the capital and a lot of people down here,” said Will Riley.

Will Riley is encouraged by the princes’ display of unity.

“Funerals and deaths bring people together, which is a sad reason it happens, but I’m glad there is happiness and people are coming together within our royal family,” he said.

They are united in the Queen’s legacy.

“They should be stronger now. She was the backbone of the country,” said Gladys Richardson, a resident of London.

At Buckingham Palace, thousands upon thousands of people entered the gates on Saturday, carrying so many flowers that there is barely enough room for them all.

Bennett believes unity among the princes is an extension of the entire nation in mourning.

“All they’re doing here is uniting with us behind something,” he said.

Bauman reports that it seems like there were far more people in Windsor Castle and Buckingham Palace on Saturday than on Friday, saying the crowds were huge and she’s never seen so many flowers in her life.

Ali Bauman joined CBS2 News in 2016 as a general assignment reporter. Ali is a proud millennial who is embracing social media for storytelling to bring news to a new generation of viewers.