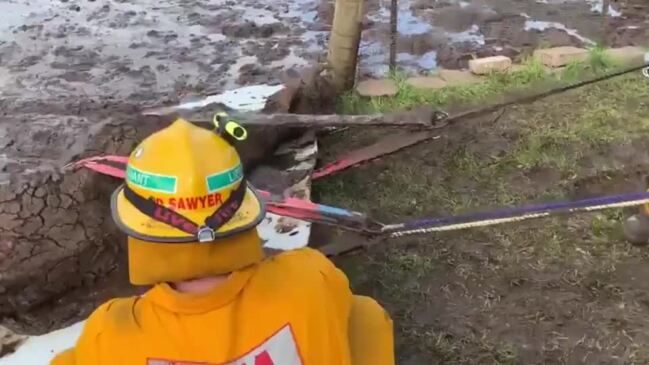 Fire and emergency services in Kyneton, Victoria, rescued a cow that was submerged up to her neck in mud on September 29, according to images from the Country Fire Authority (CFA). The CFA said they were called to a premises on Greenway Lane in Kyneton around noon. “A local vet was called to the scene to stun the cow so the crew could safely dig around it and place a sling under the cow,” the CFA said. “The cow was pulled out of the mud and brought to safety on firmer ground.” These images show the animal being pulled out of the mud. At 3:30 p.m., the cow, still under anesthesia, was returned to the care of its owner. Credit: Country Fire Authority via Storyful