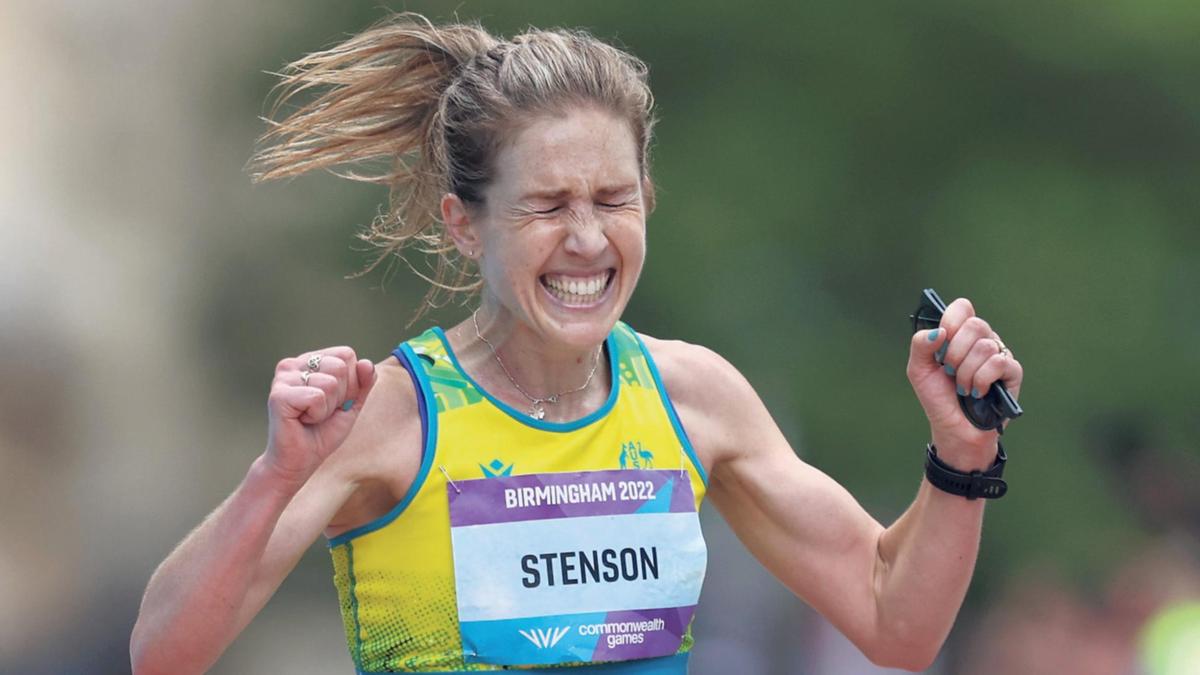 Jessica Stenson has won a glorious double for Australia at the Commonwealth Games after triumphing in the women’s marathon.

The Commonwealth double bronze medalist confirmed her reputation as one of Australia’s greatest distance runners with a sensational marathon run.

It followed the efforts of Western Australian Madison di Rozario, who won the T53/54 marathon earlier on Saturday, as the Australian athletics campaign got the best possible start on day two in Birmingham.

Stenson, the sister of former Melbourne and Port Adelaide footballer Jackson Trengove, ran a season best of 2:27:31, two minutes off the personal best she set in Perth last year.

After easily keeping up with the lead pack in the first half of the 42km race, Stenson stretched her legs in the second half as she began to put some distance between her and the rest of the field.

By the 30km she had taken the full lead of the race and the South Australian gradually extended her lead into the latter part of the race.

Despite a challenge from Margaret Muriuki of Kenya, Stenson was able to hold out the final kilometers to win the race by 29 seconds.

When she crossed the finish line, Stenson immediately went looking for her family in the crowd and hugged her partner Dylan and their two-year-old son Billy.

Eloise Wellings nearly took two Australians on the podium but narrowly missed a bronze when she finished fourth, while Sinead Driver finished just behind her in fifth.