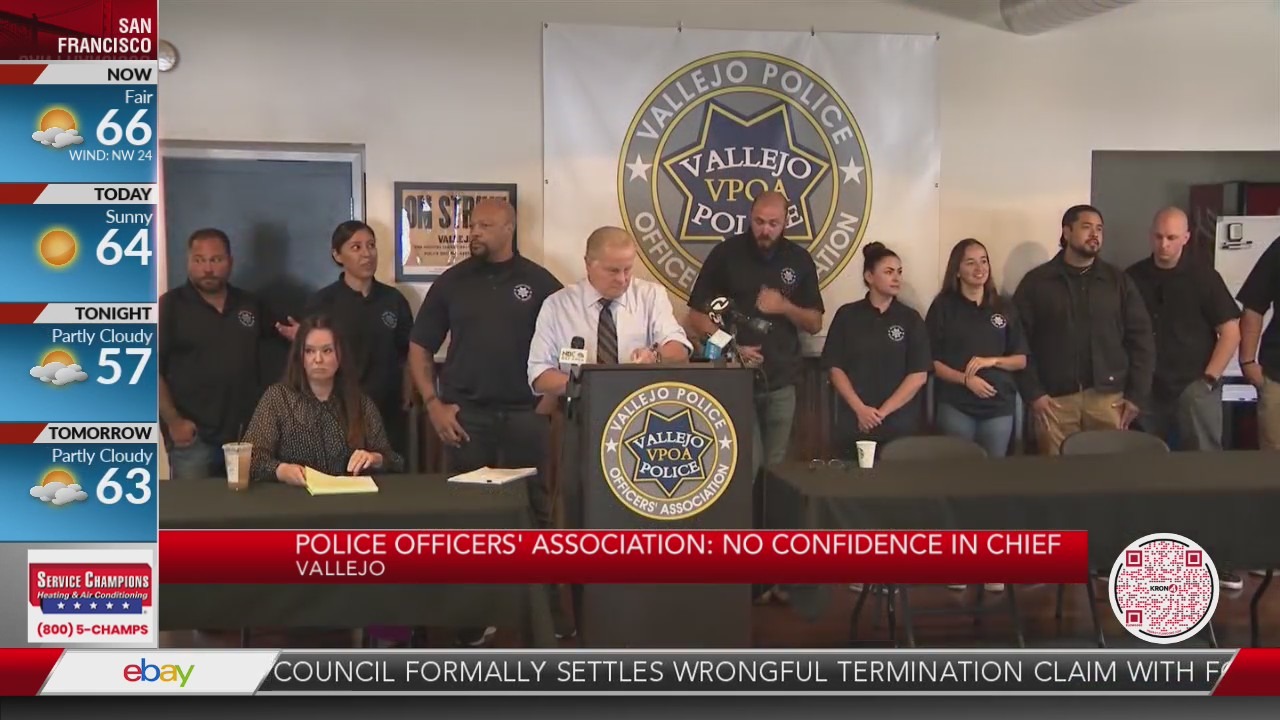 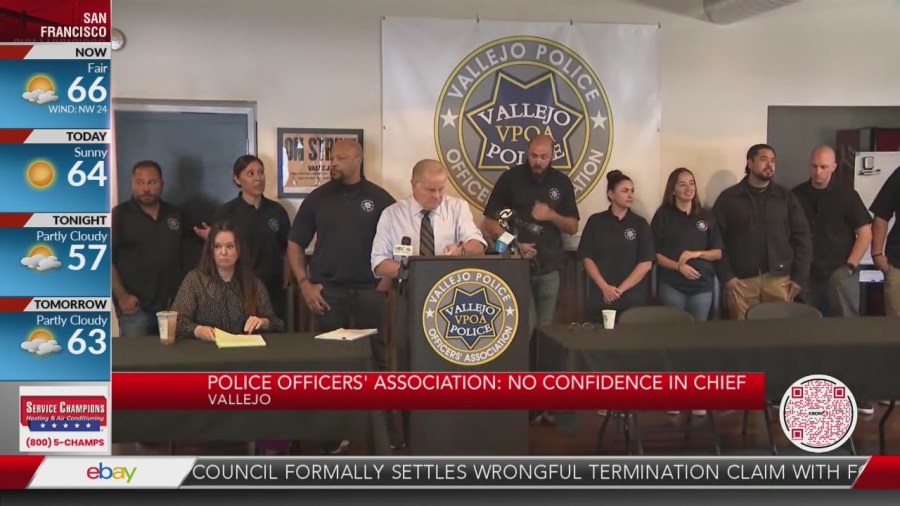 The association said it has no confidence in Williams’ leadership and because of him the community is in crisis. The majority of Vallejo’s police officers support his removal.

Williams took over the department in 2019 and has sent the agency and its staff into the ground, according to lawyers for the VPOA. “He’s a failed leader. Nobody wants to work for Chief Williams. He’s the king,” said Mike Rains, VPOA attorney.

A press conference was held on Wednesday setting out the unanimous vote of no confidence in Chief Williams. Rains said the results were shared with city manager Mike Malone at the time in the form of a signed letter with hopes it would lead to a change in leadership.

However, Malone supports the chef to this day. “These officers have suffered and continue to suffer every day. You know there are sometimes two officers patrolling the streets of Vallejo because of the flight of officers under Shawny Williams,” Rains said.

The VPOA said sworn police personnel have been reduced by more than 20 percent since Chief Williams’ arrival. This is mainly because agents leave voluntarily.

The union said the chief also failed to comply with 45 recommendations made by an independent group hired to evaluate the department in 2020.

Agents claim the 911 emergency center is facing critical staffing levels due to Williams. Multiple officers have filed formal complaints against the chief for alleged misconduct, including Lieutenant Herman Robinson, who was fired by Williams last year.

Robinson was later reinstated months ago after an arbiter was overruled. “Is that what Vallejo wants in leadership? A vengeful liar who will take down one of Vallejo’s own people,” said VPOA attorney.

Rains and Fox advised officers not to speak during Wednesday’s press conference for fear of retaliation.

City manager Mike Malone acknowledged the divide between department leadership and staff in a written statement:

“We have seen measurable progress and achievements in our police department, even amid the many challenges they face. The City Council and I continue to express our strong support for Chief Williams and the transformational reform initiatives being used to create a department that serves the needs and wants of the Vallejo community.

“The evidence is there to support his resignation,” Rains said. Police have not responded to our request for comment.