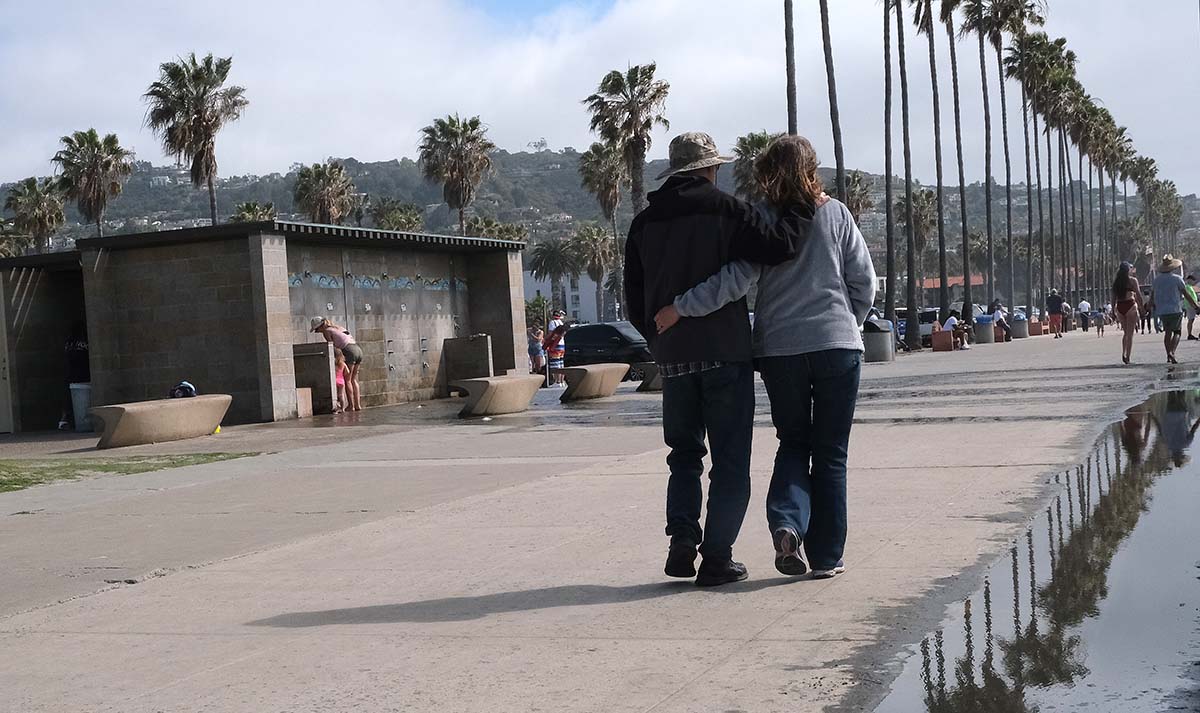 Heat peaked on Wednesday with cooler conditions expected west of the mountains on Thursday and temperatures expected to be 5 to 10 degrees cooler, the National Weather Service said.

Records were set in Oceanside Harbor, Vista and Chula Vista on Wednesday, according to the National Weather Service.

But temperatures are set to drop towards the end of the week, with the coolest conditions for most areas expected Sunday.

As the low pressure system near the Pacific Northwest moves inland over the weekend, in addition to cooler conditions, it will bring gusty westerly to northwesterly winds and a chance of precipitation.

Winds will be strongest over the mountains to the deserts on Saturday with gusts of 60 to 65 mph.

There is a chance of showers in all parts of the county from Saturday night into Sunday and even high-altitude snow above 8,000 feet.

Low temperatures in the mountains could dip below freezing for the first time since May on Sunday and Monday mornings, the NWS said.

Forecasters expect slightly warmer and drier weather with a possible new round of Santa Ana winds early next week.