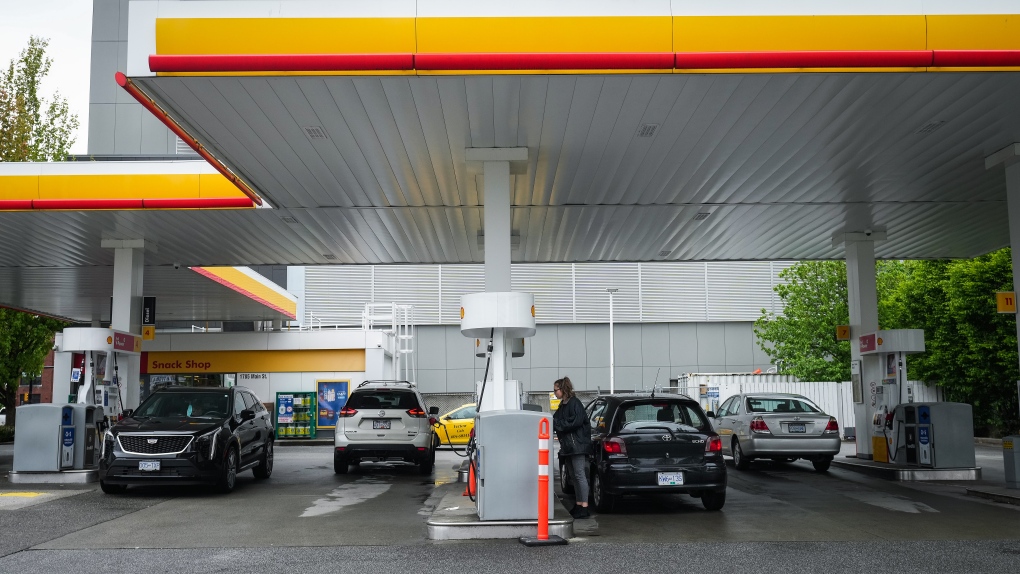 The Canada Day long weekend saw gas prices plummet in parts of the country, but the relief at the pumps may not last long, analysts say.

According to GasWizard.ca, prices in the Greater Toronto Area and Ottawa fell 11 cents per liter Friday and again six cents on Saturday, to 187.9 cents per liter.

“Tracking markets, I think, is probably the best way to describe it. A little overzealous in terms of recession and demand destruction concerns,” GasWizard founder and president of Canadians for Affordable Energy Dan McTeague told CTVNews.ca in a telephone call. interview on Saturday.

In Ontario, where gas prices fell most sharply, the drop in oil prices coincided with the provincial government’s temporary reduction of the gas tax of 5.7 cents per liter. Other provinces have already cut gas taxes, including Alberta and Newfoundland and Labrador.

Despite the tax cut, Roger McKnight, chief petroleum analyst at En-Pro International, says gas prices in Canada largely follow what’s happening in the US, where there’s still a big mismatch between supply and demand.

“The prices in Canada are not made in Canada. They really follow what’s happening with the wholesale price in the United States. And in that regard, we have a situation where crude oil inventories are down 13 percent from the five-year average. Gasoline 8 lower and diesel 20 lower,” he told CTV News Channel on Saturday.

Although OPEC had promised to increase production, the group fell short of its targets when Libya and Nigeria slowed production in June, Reuters reported. Earlier this week, French President Emmanuel Macron told US President Joe Biden that Saudi Arabia and the UAE were already producing at their capacity.

“I think the reality is that we were still no better than months ago, which is fuel supply remains challenging and demand is not slacking,” McTeague said.

Faced with voter pressure ahead of the US midterm elections this fall, Biden has urged domestic oil companies to ramp up production while pressing Gulf states to increase supply. The White House is also considering expanding offshore oil drilling in the Gulf of Mexico.

†[Biden’s] scrambling to look for a secure supply or steady supply of crude oil, and that’s a long shot,” McKnight said.

McKnight says he expects gas prices to rise five cents by Monday and says it’s unclear where prices will go this summer.

“It’s very hard to say,” McKnight said. “There are 16 factors that determine the price of a liter of petrol and if one of those factors changes, it changes the whole picture”

But McTeague predicts that gas prices will only rise from here over the next two months, saying the supply-demand gap won’t disappear anytime soon.

“What we saw here last week was a bit of a fake head… and not a reflection of the fundamentals,” he said. “It’s pretty clear that there will be much higher prices in July and August.”


With files from Reuters.