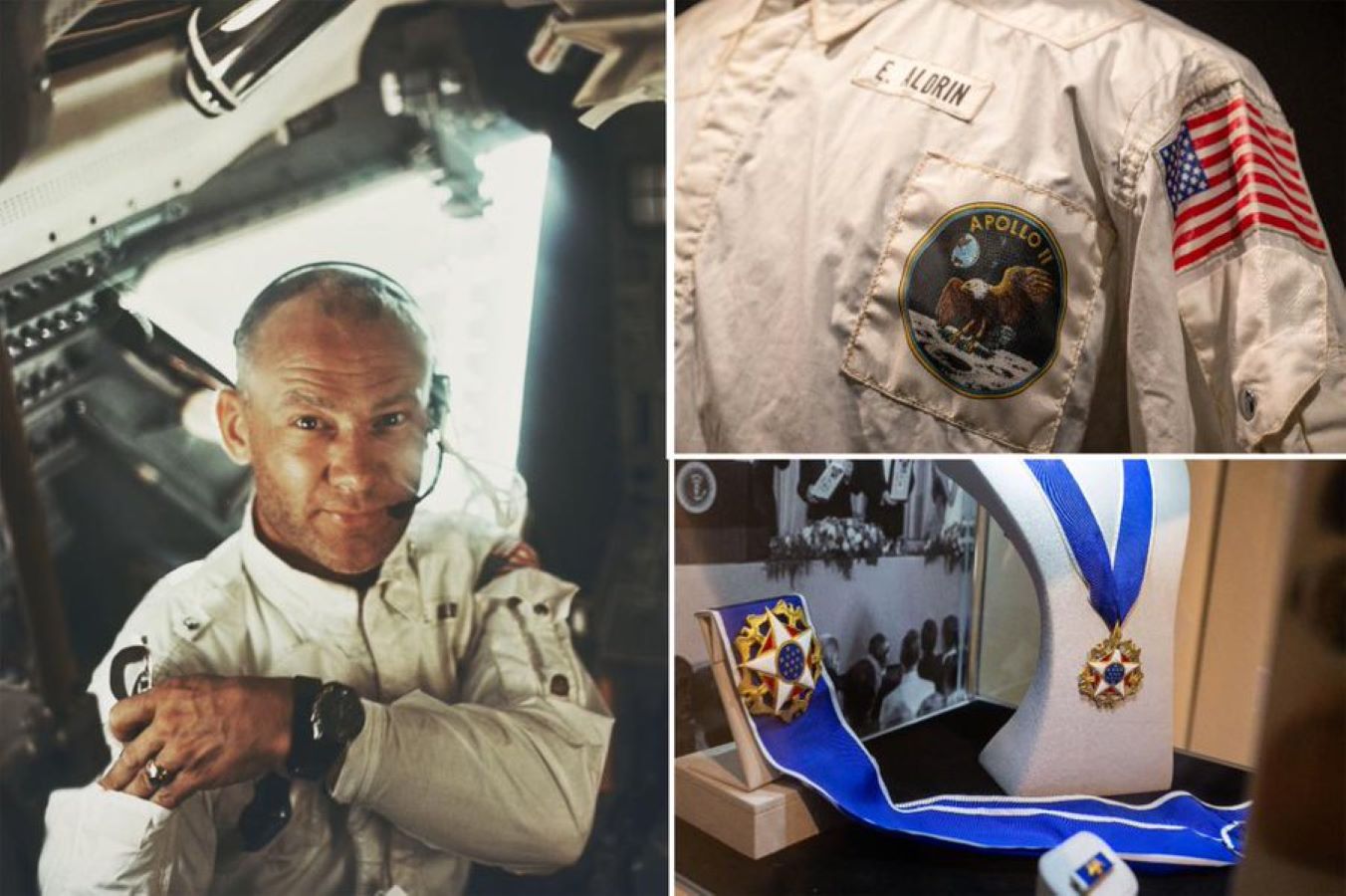 Sotheby’s has announced that the jacket worn by American astronaut Buzz Aldrin during the historic Apollo 11 mission to the moon in 1969 is selling for $2.8 million.

The spaceflight jacket, which Aldrin wore when he accompanied Neil Armstrong and Michael Collins on a space mission to the moon, was bought by an unknown person for a whopping $2,772,500, according to the New York Post.

The huge bid exceeded the auction house’s estimates, which had expected the item to sell for about $1 million.

The white jacket bears the American flag, as well as the initials of the American Space Agency (NASA) and the “Apollo 11” mission, in addition to the name “E.Aldrin”.

The jacket was in the personal collection of the 92-year-old astronaut, who decided to put it up for sale.

The historic bid, which lasted nearly 10 minutes, made the Apollo 11 jacket the most expensive American space artifact ever sold at auction, Sotheby’s said.
It is noteworthy that Aldrin and Neil Armstrong were the first humans to walk on the surface of the moon, and the former is the only surviving member of the mission’s three-man crew.