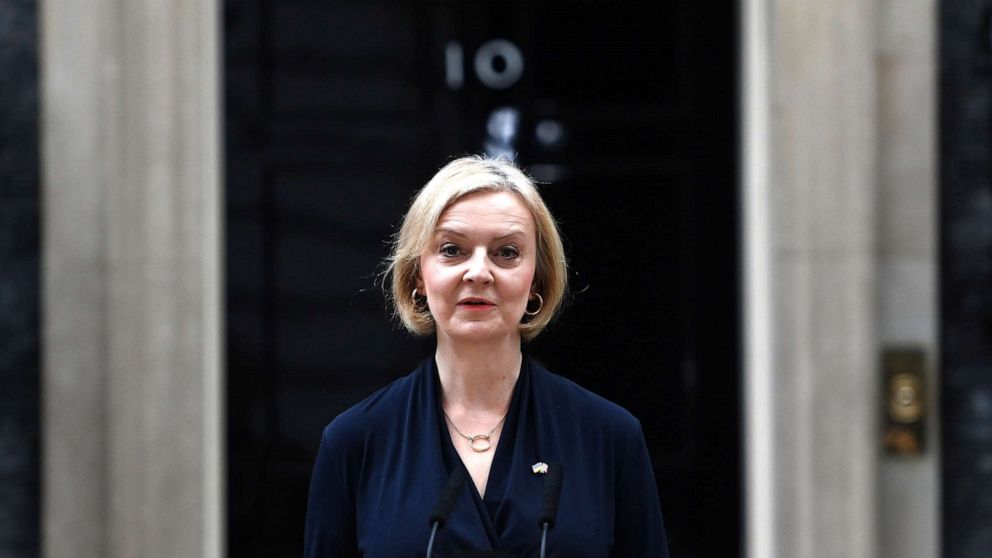 “I cannot fulfill the mandate to which I was elected by the Conservative Party,” Truss said.

Her resignation follows weeks of political and economic crisis after the government introduced a new “mini-budget” that has been widely criticized.

Opposition Labor leader Sir Keir Starmer has called for a general election. The Conservative Party, then led by Boris Johnson, won a large majority in the last general election in 2019.

Whoever is chosen to succeed Truss from the ranks of the Conservative Party will become the fifth prime minister since the UK voted to leave the EU in the 2016 Brexit referendum in an unprecedented period of turbulence in British political history.

From outside the steps of number 10 Downing Street, Truss said a leadership election would be held in the next seven days.

This is a story in development. Come back for updates.