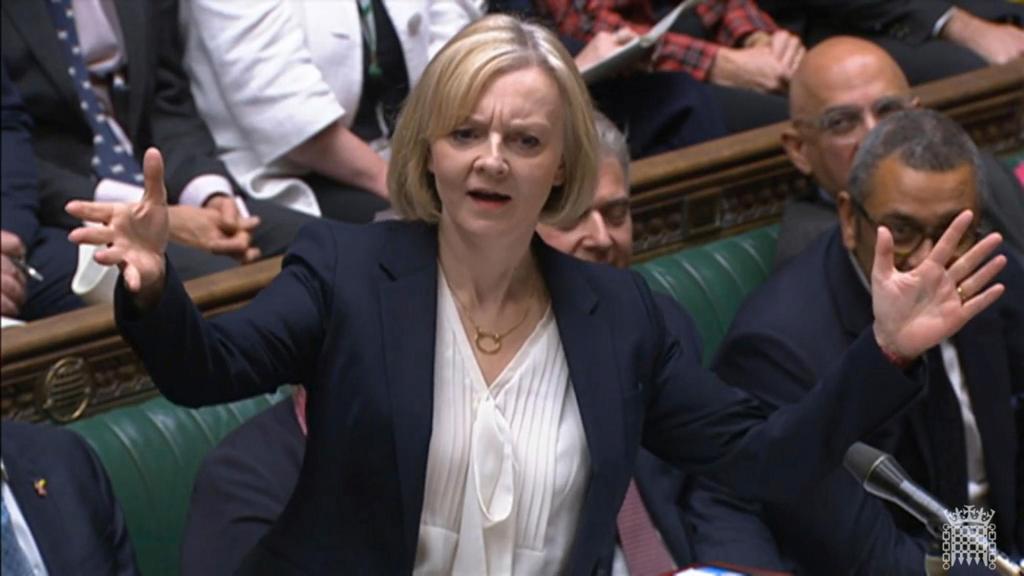 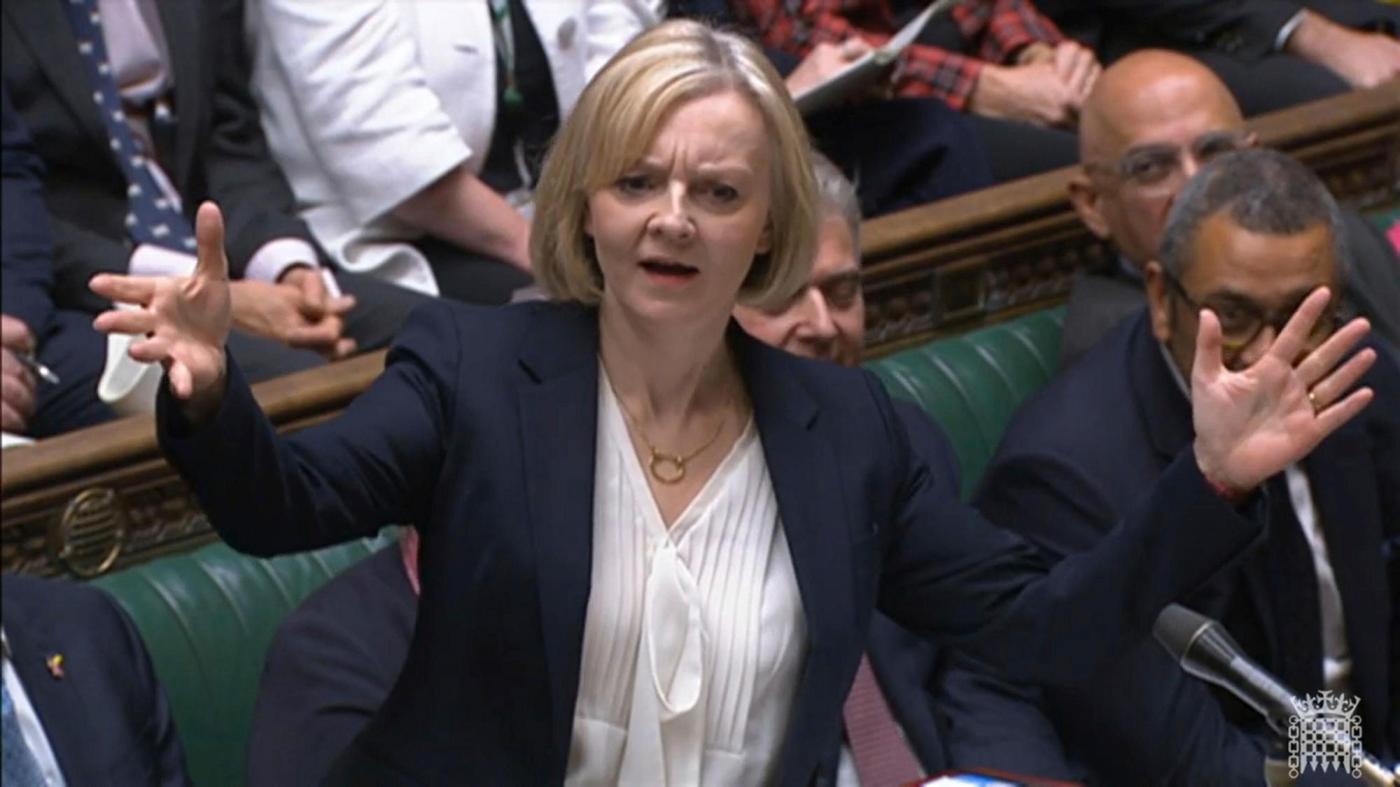 LONDON (AP) — British Prime Minister Liz Truss resigned on Thursday — bowing to the inevitable after a tumultuous, short-lived term in which her policies sparked turmoil in financial markets and an uprising in her party that destroyed her authority.

Truss made a hastily scheduled statement outside her office at 10 Downing Street, acknowledging that “I cannot fulfill the mandate to which I have been elected by the Conservative Party.”

Her resignation is the third resignation of a Conservative prime minister in as many years and leaves a divided party looking for a leader who can unite the warring factions. Truss, who said she will remain in office for a few more days as that process unfolds, has been prime minister for just 45 days.

Just a day earlier, she had vowed to stay in power, saying she was “a fighter and not a quitter”. But Truss couldn’t hold out any longer after a high-ranking minister left her government amid a barrage of criticism and a vote in the House of Commons just days after she was forced to give up many of her economic policies fell into chaos and bitterness.

A growing number of lawmakers had called for Truss to resign after weeks of unrest over her economic plan. When the plan was unveiled by the government last month, it sparked financial turmoil and a political crisis that led to the replacement of Truss’s Treasury chief, multiple policy changes and a collapse in discipline in the ruling Conservative Party.

“Nobody has a roadmap. It’s kind of hand-to-hand fighting from day to day,” he told the BBC on Thursday.

Truss resigned after meeting Graham Brady, a senior conservative lawmaker who oversees leadership challenges. Brady was tasked with assessing whether the Prime Minister still has the support of Tory MPs – and it appeared she did not.

“It is time for the prime minister to leave,” Conservative lawmaker Miriam Cates said earlier Thursday. Another, Steve Double, said of Truss, “She’s not up to the task, unfortunately.” Legislator Ruth Edwards said “it is not responsible for the party to let it remain in power.”

Legislators’ anger grew after a Wednesday night vote on fracking for shale gas — a practice Truss wants to resume despite opposition from many conservatives — sparked chaotic scenes in parliament.

With Conservatives holding a large parliamentary majority, an opposition call for a ban on fracking was easily rejected. But there were displays of anger in the House of Commons, with party whips accused of using heavy-handed tactics to win votes.

There were rumors that Conservative chief Whip Wendy Morton, who is responsible for party discipline, and her deputy had resigned. Hours later, Truss’s office said both were staying in their jobs.

Newspapers that usually support the conservatives were vicious. An editorial in the Daily Mail read: “The wheels have come off the Tory clown car.”

International Trade Minister Anne-Marie Trevelyan, who was sent on air Thursday morning to defend the government, insisted that the government ensure “stability”. But she could not guarantee that Truss would lead the party to the next election.

“Right now I think that’s the case,” she said.

With opinion polls giving the Labor Party a large and growing lead, the Conservative Party decided its only hope of avoiding electoral oblivion was to replace Truss. But they remain divided over exactly who should do that.

The party is keen to avoid another divisive leadership contest, such as the one a few months ago where Truss defeated ex-Treasury chief Rishi Sunak. Among the possible replacements – if only conservative lawmakers can agree – are Sunak, House of Commons leader Penny Mordaunt and newly appointed Treasury chief Jeremy Hunt.

Whoever it is, only this year will become the country’s third prime minister. National elections do not have to be held until 2024.

Truss’s demise was hastened by the resignation on Wednesday of Home Secretary Suella Braverman. She quit after breaking the rules by sending an official document from her personal email account. She used her letter of resignation to incriminate Truss, saying she was “concerned about the direction of this government.”

“The government trusts people to take responsibility for their mistakes,” she said in a thinly veiled dig at Truss.

Braverman was replaced as Home Secretary, the minister responsible for immigration and law and order, by former Cabinet Secretary Grant Shapps, a high-profile supporter of her defeated rival Sunak.

The dramatic developments came days after Truss fired its Treasury chief, Kwasi Kwarteng, on Friday after the economic package the couple unveiled on Sept. 23 shocked financial markets and sparked an economic and political crisis.

The plan’s £45bn ($50bn) in unfunded tax cuts caused turmoil in financial markets, raising the value of the pound and increasing the cost of borrowing from the UK government. The Bank of England was forced to intervene to prevent the crisis from spreading to the wider economy and endangering pension funds.

On Monday, Kwarteng’s replacement, Hunt, canceled nearly all of Truss’ tax cuts, along with its flagship energy policy and its pledge not to cut government spending. He said the government needs to save billions of pounds and that “many tough decisions” need to be made before drafting a medium-term fiscal plan on Oct. 31.

Truss spoke to lawmakers for the first time since the U-turn and apologized Wednesday, admitting that she had made mistakes during her six weeks in office, but insisted that by changing course she had “taken responsibility and made the right decisions.” had taken in the interest of the economic stability of the country.”

Opposition lawmakers shouted “Resign!” as she spoke in the House of Commons. But Truss said she wouldn’t.

Labor leader Keir Starmer accused the Conservatives of lacking “the fundamental patriotic duty to keep the British people out of their own pathetic quarrels”.

He said that, amid a worsening cost of living crisis, “Britain can no longer afford the chaos of the Conservatives. We need general elections now.”