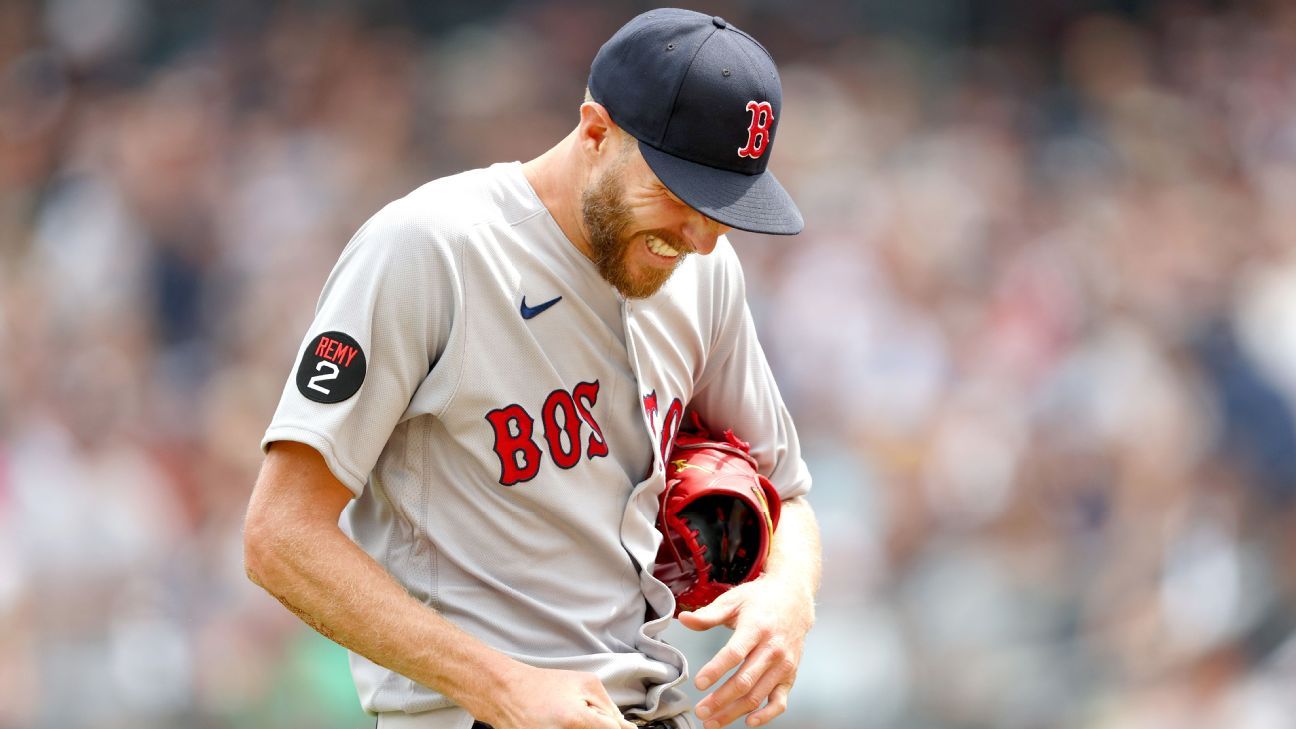 Boston Red Sox lefthander Chris Sale left Sunday’s game against the New York Yankees after being hit on the hand by a comebacker in the first inning.

With two outs, Aaron Hicks lined out 106.6 mph from Sale’s left hand. The ball landed in midfield when Gleyber Torres scored to give New York a 3-0 lead.

Sale screamed in pain, came straight off the field with his injured hand and was replaced by Hirokazu Sawamura.

Sale, 33, made his second start since returning from a broken rib that cost him the first three months of the season. He threw 78 pitches in five scoreless innings in Tampa Bay on Tuesday and threw 24 pitches on Sunday before leaving the game after giving up three runs (two earned) on two hits while facing six batters.

During the major league lockout, Sale broke a rib while training alone.

Last season, he went 5-1 with a 3.16 ERA in nine starts in his return from Tommy John surgery.