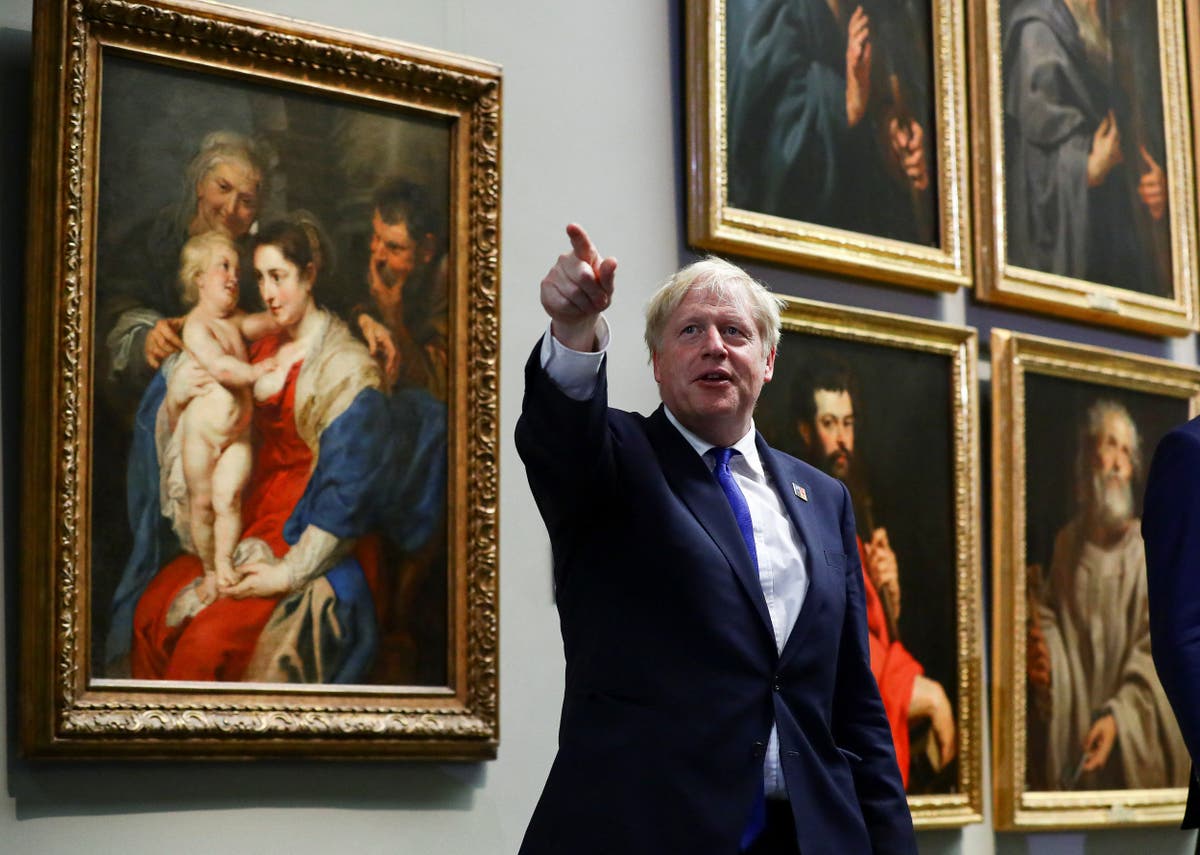 Boris Johnson has ruled out calling an early general election amid polls showing dwindling support for the Conservative Party.

An exclusive poll for the independent has suggested that the Tories would be defeated if a vote were held now, with Labor just short of an overall majority but the prime minister potentially losing his own seat.

Sources close to Johnson have dismissed the possibility of him calling an early election this year, saying it would not be credible for voters to quit at a time when he has an overwhelming majority in the House of Commons.

“The prime minister won a majority of 80 seats, people want us to use it to get things done, instead of casting another vote,” said one.

Meanwhile, an attempt by the Tories to block Labor MP Harriet Harman from chairing an inquiry into whether the prime minister misled parliament about Partygate has failed.

Liz Truss has said the government is “not speculating on elections” but declined to rule out a quick poll.

“We are focused on delivering for the British people,” the Foreign Secretary told Sky News.

“We are facing the worst war in Europe in decades, we have the aftershock of the pandemic, which is having huge impacts all over the world and inflation, on people’s incomes, on economic growth.

“We spend our time dealing with those challenges, not speculating about elections.”

When asked whether the next election should take place in 2024 as planned, Ms Truss said: “We are not thinking about that, we are thinking about continuing the work.”

Liz Truss has declined to say whether she agrees with Defense Secretary Ben Wallace’s plea for a significant increase in defense spending, but said the budget must be “fit for purpose”.

Speaking at NATO’s Madrid summit, the foreign minister told Sky News: “We need to make sure that the entire western alliance spends more on defense and invests more in…supporting our eastern allies.”

Ms Truss added: “I will not go into the details of the expenditure review negotiations.”

Male MPs have tried on vests that simulate the sensation of menopausal hot flashes — and they couldn’t handle the heat.

By participating in an event to raise awareness of the surge in demand for hormone replacement therapy (HRT) drugs amid widespread shortages, politicians – including Wes Streeting, Stephen Kinnock and Nick Thomas-Symonds – donned the clothes. to which heated pads were said to mimic the annoying and often debilitating symptom.

‘How you would go on with life, I don’t know. I can’t wait to get this done.”

Britain’s police minister has claimed Sadiq Khan “must share the responsibility” for the Metropolitan Police’s slippage into special measures.

Kit Malthouse suggested that the Mayor of London, as the Police and Crime Commissioner (PCC) for the police force, should “consider his position”.

The chosen role has been created by the Tory-Lib Dem coalition government to replace police boards previously tasked with monitoring the finances of the regional armed forces and holding them accountable.

MPs ‘not allowed to bring babies to Commons’

A cross-party review has recommended that MPs should not be allowed to bring babies into the House of Commons chamber during debates.

The report was ordered after a protest when Labor member Stella Creasy was told she could not take her newborn son to work during debates.

According to the committee, MPs are not allowed to bring babies into the main chamber or Westminster Hall if they want to “observe, initiate, speak or intervene in proceedings”. the guard reported.

Raab under fire for spending £1million on private jets

The deputy prime minister is also under fire for taking up to nine officials on government trips – a waste of money amid a cost of living crisis, the party says.”

There are serious questions to the government about how these disproportionate costs have been incurred and what we are paying for,” said Angela Rayner, Labor deputy leader.

“The public will want to know if they are footing the bill for Tory ministers’ expensive in-flight hospitality as working families struggle to put food on their own tables.”

Partygate investigation has to wait until fall

Prime Minister Boris Johnson will not face a roster until the fall from the committee investigating whether he lied to parliament about Downing Street parties.

But no decision has yet been made on whether oral evidence hearings from the Commons Privileges Committee questioning will be held in public and in front of the TV cameras.

The House of Commons voted in April for the committee to investigate whether Mr Johnson’s repeated denials that the Covid lockdown rules at No. 10 had been broken amounted to contempt for parliament.

Prime Minister Boris Johnson has ruled out calling an early general election as allies admitted voters would not welcome a quick vote to save his premiership.

A source close to Mr Johnson dismissed the chance that he would hold snap elections this year, admitting it would not be credible to cut at a time when he has an overwhelming majority in the House of Commons.

“The prime minister won a majority of 80 seats, people want us to use it to get things done, rather than cast another vote,” the source said.

Welcome to The Independent’s live blog on all things UK politics.