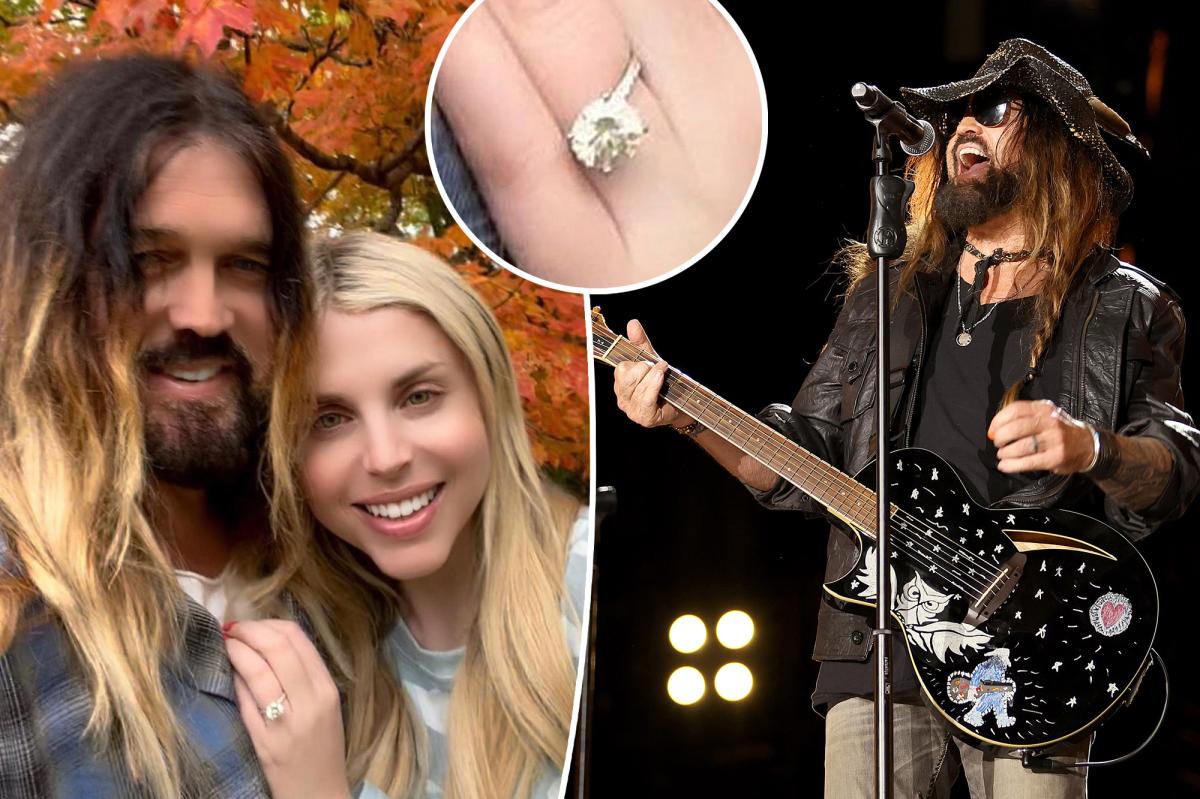 It seems Billy Ray spares no expense for Cyrus when it comes to his lover, Firerose.

The “Achy Breaky Heart” crooner and his girlfriend seemingly confirmed their engagement by showing off an eyebrow-raising piece of bling, which experts say Page Six Style could be worth quite a bit of money.

“The diamond in Firerose’s ring appears to have a low color — low color diamonds have a yellow tint that is visible to the naked eye in normal light,” Stone continued. “The more colorless a diamond is, the more radiant, valuable and rare it is.

In a series of Instagram photos, the country singer hugged Firerose as she showed off a huge diamond ring, seemingly suggesting the couple’s engagement.

The pair captioned the post “Happy Autumn🧡”, but did not clarify what the ring symbolizes.

Cyrus’ representatives did not respond to Page Six’s request for comment.

The couple first sparked engagement rumors in September after Firerose shared a series of snaps of her donning the diamond sparkler.

“Taking in the moment…”, wrote the singer, whose age is unknown, with the elusive photo.

While it’s unclear how long the couple has been dating, they collaborated on a song called “New Day” last year.

The potential engagement came as a surprise to many fans, given that Cyrus’ wife, Tish Cyrus, filed for divorce from the country star just six months ago.

After 29 years of marriage and five children, Tish cited “irreconcilable differences” as the reason for the split. She said the couple had not lived together since February 2020.

However, this was the third time the couple filed for divorce, with their most recent divorce being five years earlier.