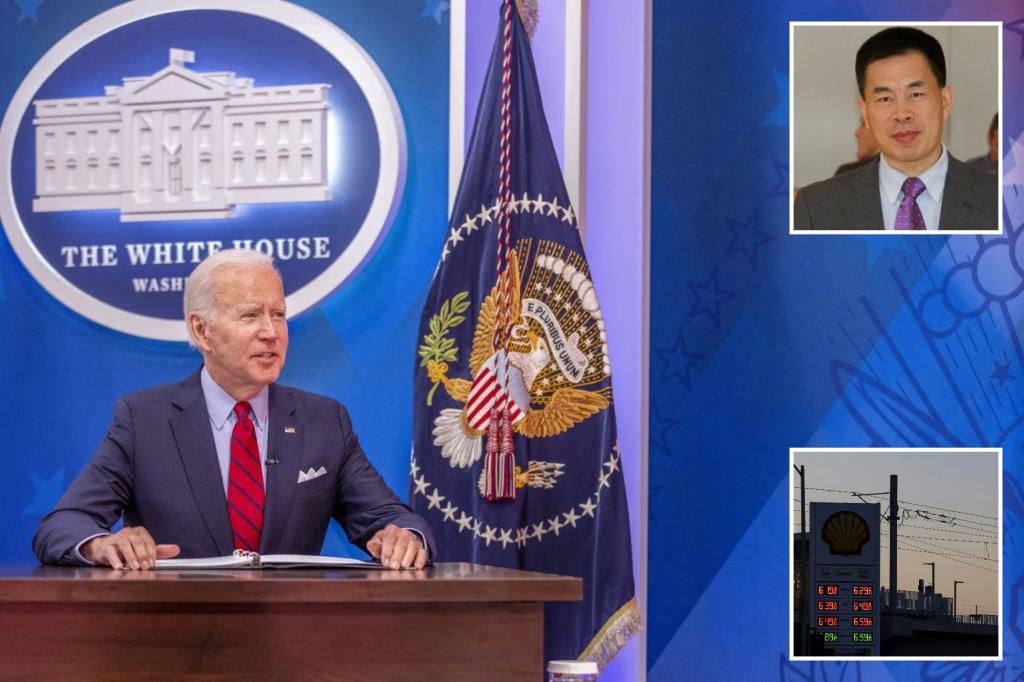 President Joe Biden called on “gas station companies” to “cut their prices” on Saturday after a top White House economic adviser said Americans will have to endure financial pain at the pump to maintain the “liberal world order” .

The national average for gas prices was $4.82 a gallon on Saturday — and over $6.25 in California.

“My message to the companies that run gas stations and set prices at the pump is simple: This is a time of war and global danger,” Biden said. tweeted†

“Reduce the price you charge at the pump to reflect the cost you pay for the product. And do it now.”

The Biden administration has blamed rising gas prices on Russian President Vladimir Putin’s invasion of Ukraine, now in its fourth month. On Thursday, Biden told reporters in Spain that US drivers will have to endure high gas prices for “as long as it takes” for Ukraine to beat Russia.

The White House has also pointed the finger at oil companies, accusing them of artificially limiting supply by refusing to drill at federally-approved leasing sites.

In response to Biden’s demand that oil companies cut their prices, the president was reprimanded by Chinese state media.

“Now the US president finally realized that capitalism is about exploitation. He didn’t believe this before’ wrote Chen Weihua, EU bureau chief and columnist for China Daily, an English-language media outlet owned by the Chinese Communist Party.

Speaking on CNN Thursday, National Economic Council director Brian Deese defended Biden’s claim that Americans will have to incur high costs at the pump until Russia is defeated.

“What you heard from the president today was a clear articulation of the stakes,” Deese said. “This is about the future of the liberal world order and we must stand firm.”