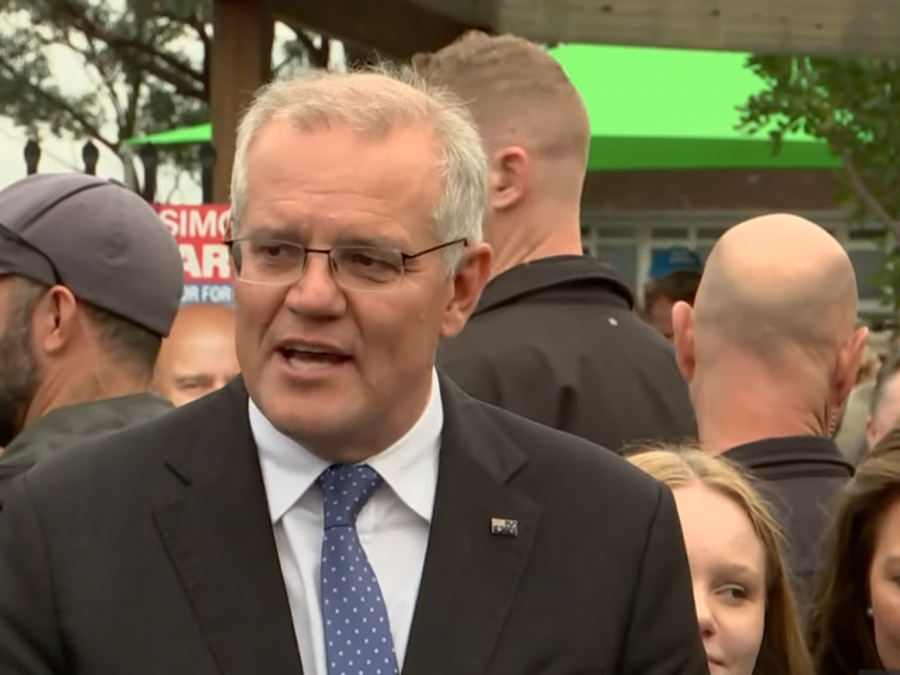 Quality journalism is crucial to a healthy democracy because it has the power to be accountable and inform the public when politicians are misbehaving, corrupt or incompetent.

The flip side of this coin is that when journalists do the opposite, when they help politicians to misbehave, be corrupt or hide their incompetence, they are in conflict with the interests of democracy.

A perfect example of this anti-democratic, anti-journalistic behavior was that of Channel 7 Jennifer Bechwati’s Conspiracy With Scott Morrison on Election Day to mark a Sri Lankan boat arrival.

“I’ve been here to stop this boat, but to make sure I can be there to stop those coming from here, you must vote for Liberal & Nationals today.” Scott Morrison confirms the interception of a Sri Lankan ship bound for Australia, but ignores the “matters on the water” question. #ausvotes pic.twitter.com/8njO5LCYVa

The Labor government’s inquiry into the matter has revealed that Morrison was asked about the boat’s arrival at the election day media conference by Jennifer Bechwati, a friendly plant, before this information was disclosed. publicly available. In the background, the Liberals put pressure on the public service to release this politically charged information, despite being in janitor mode and despite their usual claims of not discussing “about water matters.”

Bechwati was clearly pleased to have this “exclusive” on offer, and was happy to ask the Prime Minister about it, colluding with power in an attempt to manipulate public law while literally queuing up to vote.

It seems ridiculous to even have to say this, but apparently it needs to be said. A true journalist – one with integrity and who worked to serve the public, rather than partner with the powerful to manipulate voters – would never have agreed to be used in this way by Scott Morrison.

A real journalist would have told the public what the prime minister was up to and at the very least refused to ask a question so obviously politically charged.

The conspiracy and interference of the political media in this matter is shocking. The public was wronged by both the Liberal government and the behavior of Channel 7 and their journalist. Still, the journalist would claim that they have special status and protection, so they should be immune from all the consequences of this blatant misconduct. The idea that “I’m a journalist so you can’t criticize/regulate/hold me accountable. I was just asking questions” is the ultimate card to get out of jail.

This was no doubt not an isolated incident.

The sad spectacle of Bechwati’s question reminded me of a recent discussion about ABCs the minefield where hosts Waleed Aly and Scott Stephens, and political and public policy professor Katharine Gelber discussed the highly controversial question of whether Julian Assange is a journalist.

The reason it is important to determine whether Assange is a journalist is that journalists have special freedom of expression because of their important democratic role in society. That is why, when the subject of news media regulation comes up, journalists invoke the “freedom of speech” argument to argue that any regulation of their norms and consequences for misconduct, the free and independent functioning of the media and thereby pose a threat to democracy.

I agree with journalists that the news media should be free from political interference and that an important part of the role of journalists in society is the independence of the political systems they control.

However, I also see that many Australian media outlets are not using their special and protected status as journalists to maintain this crucial independence, but instead become part of the political system by supporting certain political interests and people, as Bechwati did with Morrison.

When this happens, the public should have the right to collectively correct the system through regulation. If journalists do not behave like journalists, they are political players and do not deserve special protection.

Gelber made the point the minefield that the whole concept of freedom of speech was “developed to protect public discourse on matters important to democratic self-government, and to protect that discourse from excessive government intervention”.

This concept has always given journalists a special status and protection that was not afforded to people like Assange who, Gerber argues, did not meet the criteria of journalists because he did not meet the required conditions. “editorial restraint and prudence” about the information he has published.

Do you agree with Gelber and the other hosts of the minefield about Assange’s status as a journalist or not, it’s time we started keeping real journalists at an equally high level.

Not only did Bechwati side with the powerful government they had to scrutinize, choosing not to criticize their gameplay on Election Day, she also showed no editorial restraint or caution in releasing the news of the intercepted asylum-seeker boat. She did not do journalism.

She was a political player. Political players give up all rights to journalists’ special status and should feel the consequences.