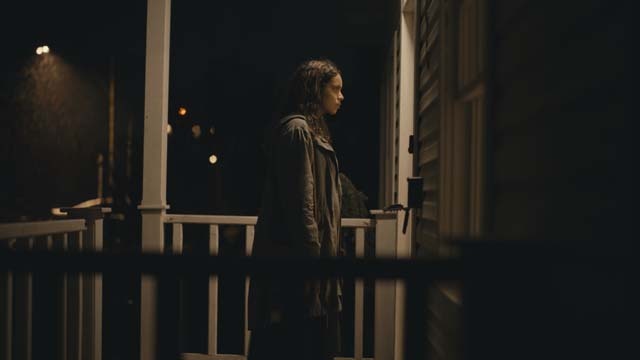 Campbell plays Tess, a young woman who is surprised to discover that the rental property she has booked has actually been rented by someone else. What should she do? The other guest in question is the nervous and socially awkward Keith (Skarsgård), who seems just as surprised as she is. It doesn’t take long for Tess to realize there’s more to fear than an unexpected tenant.

Barbarian has been concealed to ensure that the audience knows as little as possible before settling into the plush theater seats, and for good reason. Unlike other horror movies, the twists aren’t just gimmicky. The twists and turns in the film turn out to be well timed, well executed and orchestrated just right to aid the storyline and pace.

One of the standout aspects of the film is the tight story. Every scene is there for a reason. Every word is said on purpose. Yes, there are some big reveals, but more than that, the story will keep the audience guessing for the entire 102 minute runtime. Cregger does a great job of creating a movie that will play with the emotions and likes of the audience. To think this is his feature film debut.

Georgina Campbell does an excellent job as Tess, a courageous and resourceful young woman looking for the next great era of her life. Her screams are genuine and her shaky voice (when she calls out Keith) will both break the heart of the audience, but also serve to pump more adrenaline into their veins. Bill Skarsgård is doing just as great as stranger Keith. He plays with the audience’s feelings and does a great job of playing a nice guy with just a hint of ‘weirder danger’.

Some of the best horror movies aren’t ones where on-screen gore pushes the boundaries of viewer consumption. On the contrary, some of the best scary movies give viewers just enough detail to make their minds fill the gory holes. A great example is Silence of the Lambs. Some moviegoers will remember the film as particularly gruesome with buckets of red food coloring #5 and corn syrup. However, on a second viewing, you might be surprised at how little is actually shown on the screen. Barbara is another good example. Don’t get the wrong idea: It has its fair share of carnage. But viewers may discover that most of the red dye in the theater is evoked by their imaginations.

Barbarian is a great horror movie full of action on the edge of your seat, scream-at-the-characters, and is a great thriller to watch with friends, but also alone… at night… with all the lights off. Just be sure to have a vacuum cleaner handy for the bowl of popcorn that inevitably gets tossed into the air.