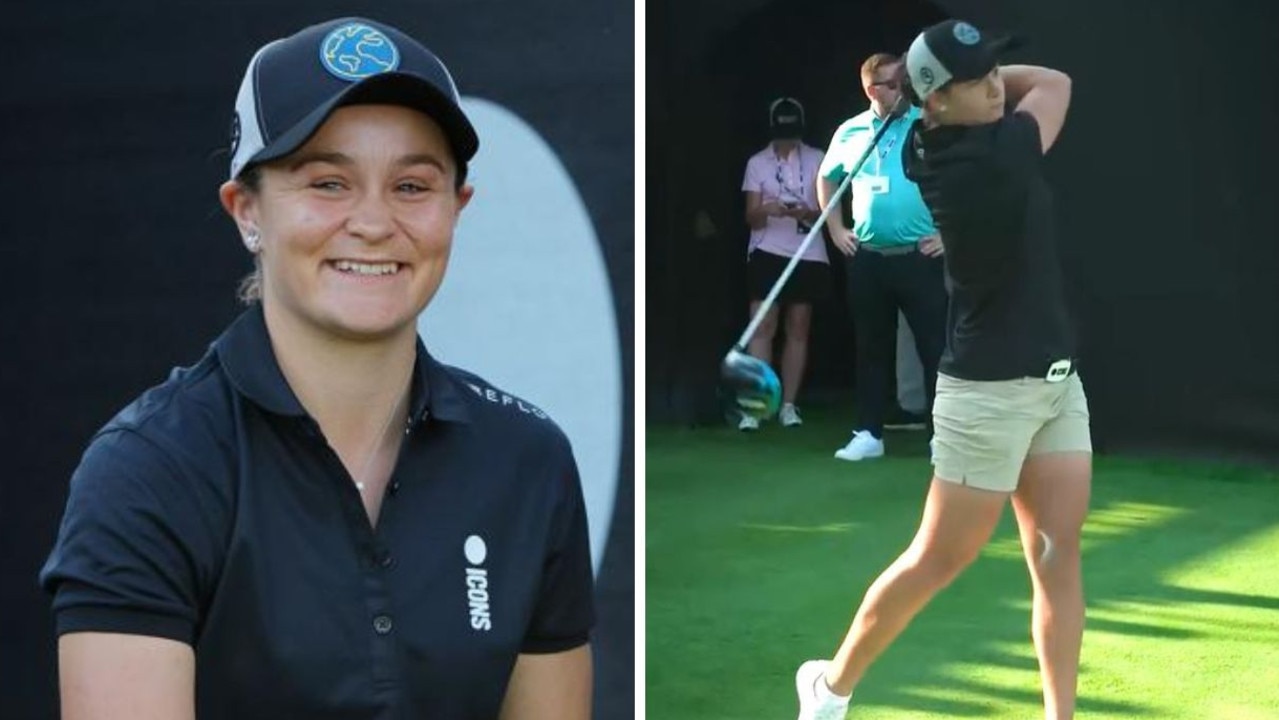 Australian legend Ash Barty made her first foray this weekend after retiring in her international sporting comeback.

Ash Barty has returned to international sport at the Icons Golf Series in New Jersey, thousands of miles away from Wimbledon.

The three-time grand slam champion announced last month that she would trade her tennis racket for some golf clubs to participate in the exhibition event.

Barty signed up for the Icons Series, where she will be watched by a global TV audience as she competes against some of the biggest names in the sport, including 23-time Olympic gold medalist Michael Phelps, NFL quarterback Ben Roethlisberger, boxer megastar Canelo Alvarez, English footballer Harry Kane and Australian cricket legend Ricky Ponting.

Watch each round of the 150th Open Championship July 15 – 18 ONLY LIVE on FOX SPORTS available on Kayo. New to Kayo? Start your free trial now >

Barty won the women’s competition at Brookwater Golf and Country Club in Brisbane’s suburbs in April and plays at handicap 4.

But playing on the world stage is another level of pressure and Barty admitted she would feel the nerves on the first tee.

“I’m definitely going to have a hard time,” she told Fox Sports golf expert Paul Gow in an interview on Fox Sports and Kayo ahead of the Icons Series.

“My heart was beating so fast playing the Club Championships in our final with nothing at stake, so this is going to be a lot of fun.

“I’ll just take it all in. If it (my first tee shot) goes bad it’s okay, it is what it is. Just go out and enjoy it with a smile.”

Barty was spotted getting last minute tips from Els and her swing was smooth as she held her own as the only woman competing in the event.

Barty’s fiancée Garry Kissick, an aspiring golf pro, is caddy for the 26-year-old.

Her first tee shot went off without a hitch on Friday (AEST) as the action got underway at Liberty National Golf Club.

It was a mixed first day of results for Barty, who won their ‘Greensome’ tie alongside Tottenham star Kane.

Barty then teamed up with fellow Aussie Ponting, but they lost their fourball game to former NFL players Reggie Bush and Michael Vick.

After the first day, team USA has an overall lead of 10-5 over team Rest of the World.

The second day of the competition will air around the world and to get your golf fix, watch the Icons Series on Fox Sports and Kayo from 4am (AEST) on Saturday morning.