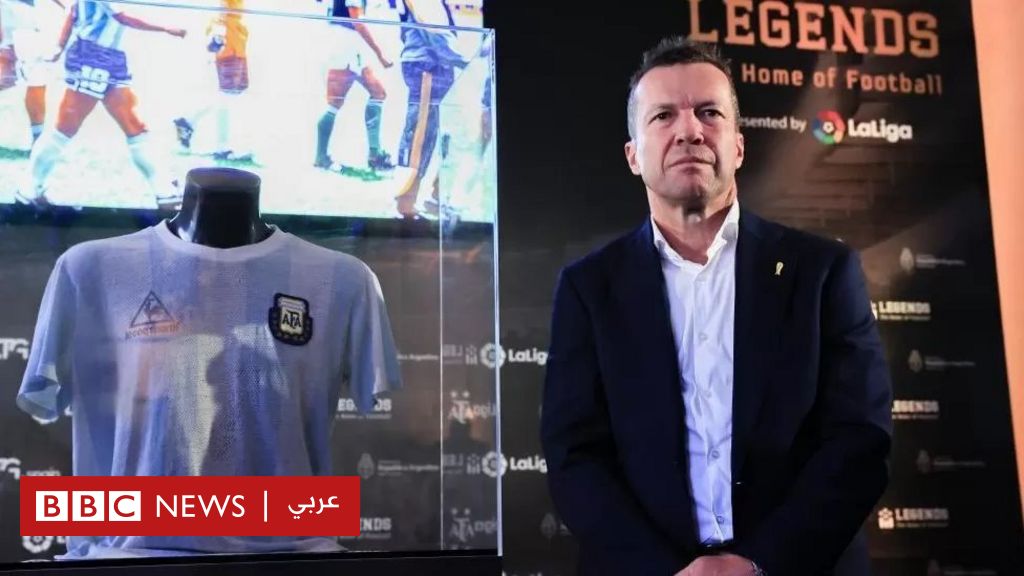 Argentines celebrate their country’s return to the shirt worn by the late Diego Armando Maradona during the 1986 World Cup final.

The Argentine Football Association was given the shirt Maradona wore in the first half of the final that his country won against his German counterpart some 36 years ago.

German star Lothar Matthaus donated the shirt to the Argentine people, because he traded shirts with Maradona after the first half of the match.

Earlier this year, another Maradona shirt was sold for a record amount.

The shirt Maradona wore when he scored the famous goal with his hand against the England national team in the quarterfinals of the same tournament sold for more than $7 million in favor of former English player Steve Hodge.

After selling the shirt for that fantastic price, Matthews told the British newspaper the Daily Mail that he never thought of selling Maradona’s shirt.

Matthews presented the shirt in a special ceremony at the Argentine embassy in the Spanish capital Madrid, saying that “Diego is adored by the Argentine fans, so it is an important matter to give them this award.”

“It’s a shame he’s not here today, but Diego will always be in our hearts,” continued Matthews.

The shirt was exhibited for about two months in the Museum of “Legends” in Madrid, among the rare pieces in the field of football, before returning to Argentina with the famous collector Marcelo Ordas.

The Argentine Federation celebrated receiving the shirt during a very emotional video clip, in which it thanked Matthews on behalf of the entire Argentine people.

During the clip, when a photo of Mateus and Maradona appeared in embrace, the commentator said: “This is the story of the captain of the German team, who and the captain of the Argentine team were friends, and as usual friends exchange hugs , advice and rare shirts.”