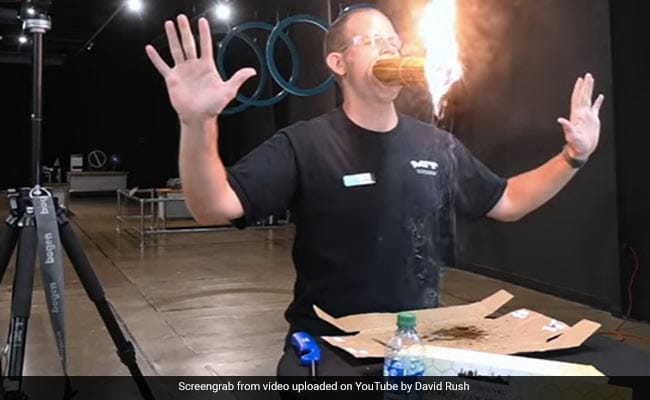 A man from the United States has broken a Guinness World Record by holding 150 lit candles in his mouth for 30 seconds. According to a report in UPIADavid Rush of Idaho has already broken 250 records to promote STEM (Science, Technology, Engineering and Mathematics) education.

Mr Rush told the outlet that he previously tried the same record in December but failed as some candles fell out of his mouth. “The weight of all the candles was intense and I had to drool for over 10 minutes, making the candles slippery in my mouth,” said Mr. Rush.

“Just 5 seconds later I felt them slip out, so I had to squeeze and bite even harder with my teeth to keep them from falling out,” he added.

Mr Rush also stated that despite wearing eye protection during the effort, he was dealing with toxic fumes and the candles were getting slippery from his saliva.

A video of this record was posted on YouTube three days ago by Mr Rush himself.

“David Rush claims the Guinness World Records title for the most lit candles in the mouth,” the caption reads.

The video shows Mr. Rush counting the candles and putting them in his mouth one at a time before lighting them with someone else’s help.

The official YouTube handle of GWR also commented on the post, saying, “This record has been lit.”

According to GWR, Garrett James of the United States held 105 lighted candles in his mouth in Charlotte, North Carolina, USA on June 25, 2021, setting a Guinness World Record ahead of Mr Rush.

Garrett made this attempt because, as he admits, his mouth is “giant”. GWR further said.