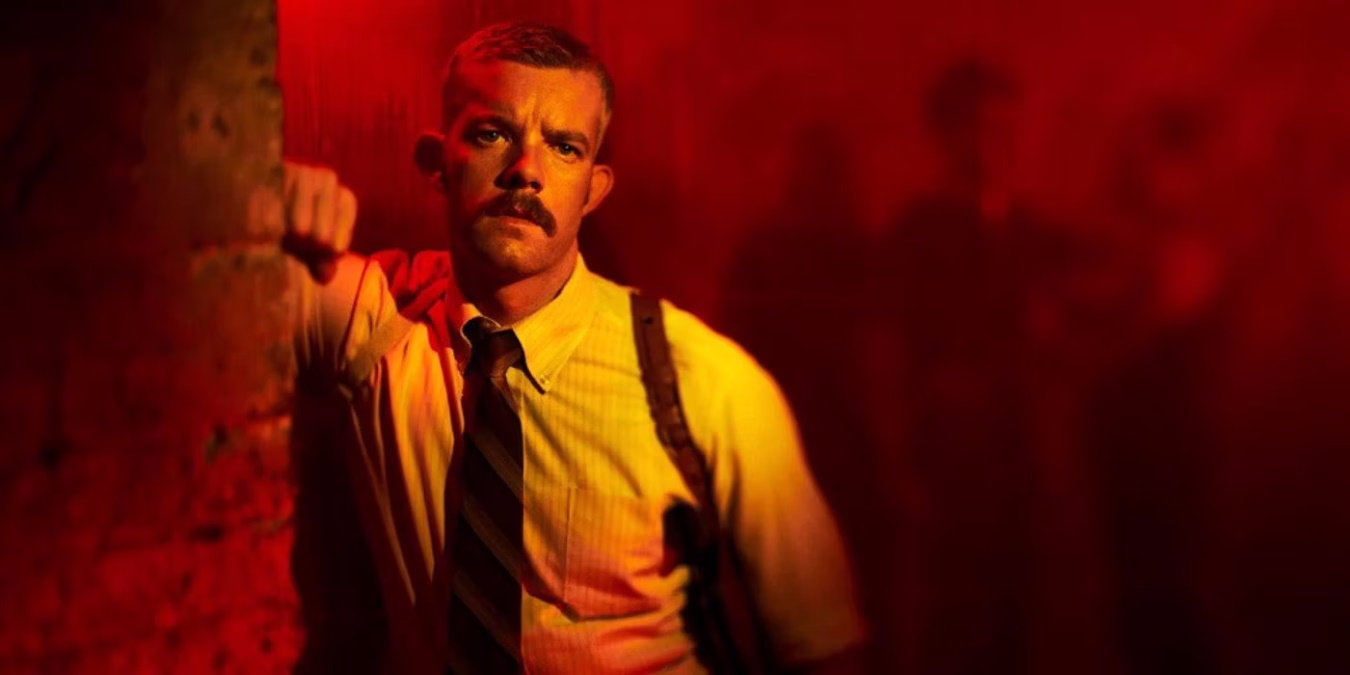 There’s a serial killer on the loose in New York City’s gay community, violence is on the rise, and the NYPD and government officials don’t care what happens to a bunch of gay men. Patrick sniffs the connection and pushes for official action, but can’t push too hard or his cover will blow up. Gino is free to push as hard as he wants, but without the protection of a badge, he’s just as likely to be accosted by the police as he is attacked by Fran (Sandra Bernhard) and her group of lesbians looking for equal representation in the pages of The Native.

When Adam (Charlie Carver, also a producer and co-writer of “Thank You For Your Service”) discovers that his roommate is missing and believed to be the victim of a leather-belted behemoth known as Big Daddy, he tries to find the police for help, and finds Patrick a sympathetic mustache but unable to do much to help him. So he turns to Gino and really starts to pay attention to the plight. He’s researched on his own, delving into Isaac Powell’s artist Theo Graves and Zachary Quinto’s slimy business manager with a dark side, Sam.

Of the new faces, Joe Mantello has the most screen time in the first two episodes, and Gino is an important character for the audience to take care of as most of the show’s events revolved around him to some degree. Charlie Carver plays Adam as a remarkably straightforward type of character in a world that caters to every decadent whim. He’s not interested in giving in to those tastes; he may seem a bit more old-fashioned compared to the hedonistic Theo and Sam.

Mantello does a brilliant job, especially when he takes Adam under his wing in their pursuit of attention for the Big Daddy murders. Russell Tovey’s contradictory Patrick doesn’t work very well; he’s with Gino, but their relationship is more tense than anything, until they go on some detective work together. Denis O’Hare comes in as a lovely Andy Warhol type in some gritty scenes, and colleague AHS veteran Zachary Quinto should be a Hollywood go-to for a sadistic scummy man with weird sexual tendencies, as Sam goes from a coke-up to an opportunist pretty quickly in less than two hours of screen time.

Of the two episodes, John J. Gray’s debut episode gives the director less opportunity to show off from a stylistic standpoint, while Max Winkler’s second episode gets a little more garish with scenes of Gino drugged out of a pink neon nightmare of a peep show and hitting the streets where some hallucinating ladies of the evening rescue him from his drugged haze. Winkler also gets to film a particularly odd warehouse party with cats and a faux Klaus Nomi performance artist/singer, as well as a few well-executed scenes in a particularly troubling leather bar run by Rebecca Dayan’s Alana.

Twisted between the hunt for the serial killer is a mysterious new set of ailments emerging in New York City’s gay community that lowers the body’s immune response, causing a startling increase in unusual diseases and parasites. That, of course, is more than likely AIDS, a real disease that has killed millions of people around the world and remains one of the world’s biggest health problems. But since this is American horror story, it could also be related to a mysterious disease that is spreading like wildfire among Fire Island’s deer population and is being researched by Billie Lourd’s scientist, Hannah. A disease that some people believe originated within the United States government.