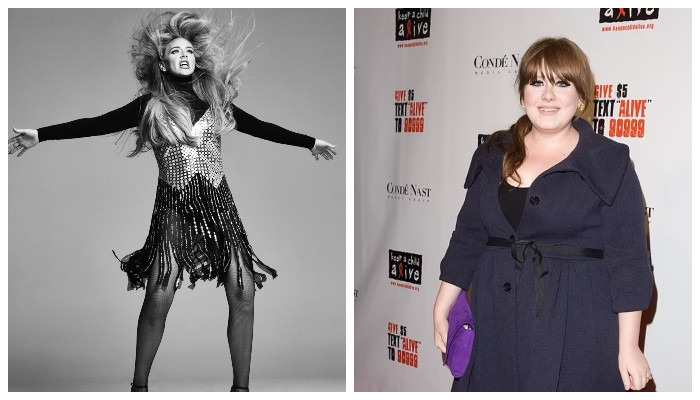 Adele came forward with details on the real reason why she has undergone a major transformation over the past two years.

The easy for me hit maker recently started losing 100 pounds in weight and how some of her fans felt “very betrayed”.

The 34-year-old Grammy and Oscar winner shared how she “felt awful” after her seven-stone weight loss upset some of her body-conscious younger fans.

The singer, who showed off her new slim figure on the cover of Fashion magazine last year, says she was alarmed to learn that losing the weight had caused some fans to suffer.

Focusing on the backlash, she explained that she’d lost the pounds to “myself,” after a battle of anxiety.

She said on Desert Island Discs on Saturday, “I understand why the press was fascinated by it. I didn’t share my journey like everyone else does.

“Most other people would have a DVD by now. I did it in silence for myself’.

“But I felt terrible for some people who felt that other people’s comments meant they didn’t look good or they weren’t pretty.”

But the megastar has dismissed allegations made to her on social media that her transformation meant she had succumbed to societal pressures.

“Some of the ones I saw were young, they were about 15. There were a few other people who felt very betrayed by me, like, ‘Oh, she gives in to the pressure of it,’ which didn’t really bother me.

“Because at 4 a.m. you don’t hold my hand when I cry from fear and need distraction and things like that.

She says that despite her setbacks, partly thanks to ‘a lot of therapy’, she has discovered a new sense of peace in her life.

She adds, “I don’t put myself in situations that wear me out anymore. I’m going to run away from it. I now choose very, very carefully the people who are in my life