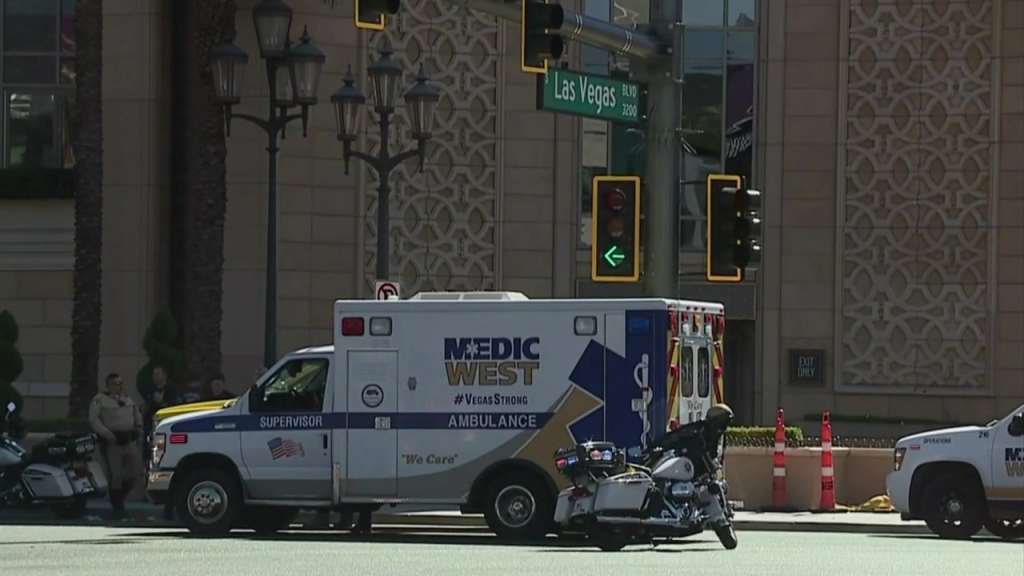 (CNN) – A suspect has been taken into custody after two people were killed and six others injured in a series of stabbings outside a Las Vegas casino on Thursday, police said.

Three of the six surviving victims were taken to hospitals where they were in critical condition, the Las Vegas Metropolitan Police Department said in a statement. press release. The other three victims were in stable condition.

One victim died at the scene, another was pronounced dead at a hospital, police said.

The incident happened shortly before noon near the Wynn hotel and casino on the 3100 block of South Las Vegas Boulevard. Police captain Dori Koren said it was too early to establish a motive.

“The first stabbing takes place on the sidewalk. It doesn’t seem provoked. There is no altercation beforehand,” Deputy Police Chief James LaRochelle said earlier Thursday. “That stabbing happens quickly, after which the suspect then goes south on the sidewalk area and stabs more victims.”

A large kitchen knife was found at the scene, police said.

Sheriff Joseph Lombardo said the victims were a combination of locals and tourists, and police will provide information about them after contacting their families.

The suspect does not appear to be from the area and would have acted alone, authorities said.

“Our thoughts are with the victims of this senseless attack on the Strip today,” Clark County officials said in a statement on Facebook. “We are grateful for the prompt response of our Clark County Fire Department, LVMPD and other first responders.”

(Copyright (c) 2022 CNN. All rights reserved. This material may not be published, broadcast, rewritten, or redistributed.)