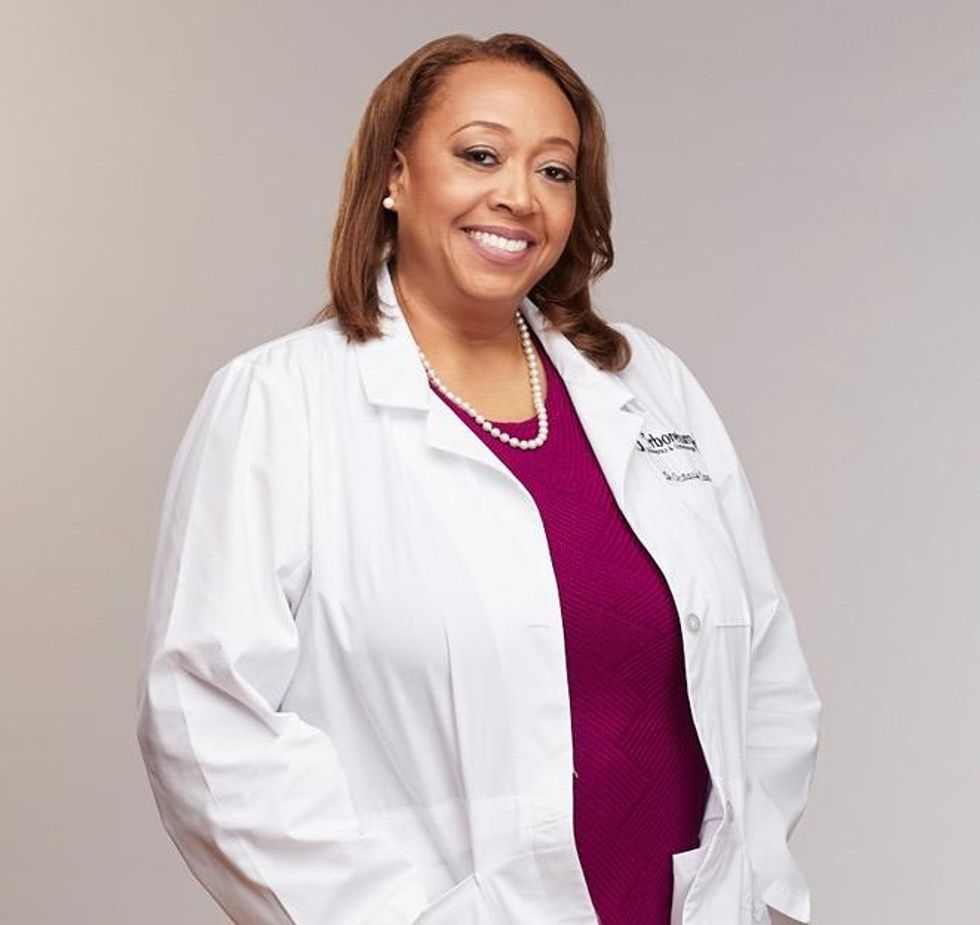 While menopause is a normal part of aging, many women may feel unprepared for the physical and mental changes that come with this stage of life. For many women of color, the menopause transition can be even more intense, and researchers are trying to figure out why.

We reached out to Octavia Cannon, DO, an osteopathic OB-GYN in East Lansing, Michigan, to ask her about racial and ethnic differences in menopausal symptoms, barriers to care, and how women can be their own advocates for treatment. to get what they need.

This interview has been slightly edited for clarity and length.

HealthyWomenMenopause: Studies of menopause have found differences in the onset and duration of menopause based on race. What are some of the most significant differences?

Octavia Kanon: The gold standard for discussion of menopause is the Study of Women’s Health Across the Nation (SWAN), which looked at all aspects of how the mind and body are affected by menopause and how racial and ethnic differences influence the onset and length of menopause. Menopause can affect transition.

HealthyWomen: How do those differences manifest in terms of vasomotor symptoms (VMS), such as hot flashes and night sweats?

Octavia Kanon: African American, Latinx, and other women of color tend to experience vasomotor symptoms for a longer period of time than white women, even after entering postmenopause (a full year without periods). Native American women reported having the most hot flashes of any racial group. And statistically, African-American and Latinx women had more of the vasomotor symptoms, such as hot flashes, than white women. Vaginal dryness was more of a problem in Latinx women.

HealthyWomen: Based on your experience as an OB-GYN, you said it wouldn’t surprise you if these numbers underestimate women’s menopausal experience. Why is that?

Octavia Kanon: Sometimes women don’t link some of the conditions they have with menopause. They may suffer from night sweats, mood swings and sleep problems and think they are stress related. Sometimes people don’t start asking their health care providers about menopause until they are 50, even though they could have had menopausal symptoms much earlier.

HealthyWomen: Are these racial and ethnic differences genetically determined or are they related to socio-economic factors?

Octavia Kanon: There are certainly genetic factors that we can’t always understand, but I also think that lifestyle, socioeconomic status and life stressors in general play a role. Healthcare providers should look at individual patients to see which modifiable risk factors may also play a role, such as diet and exercise. Just as they play a role in conditions such as diabetes, heart disease, and high blood pressure, they can contribute to menopause onset and symptoms to some degree.

HealthyWomen: How does lack of access to medical care affect racial/ethnic differences in menopause?

Octavia Kanon: Lack of insurance, inability to access a healthcare provider and historical distrust in the medical system play a role. And let’s face it — in the 40s, 50s, or 60s, no white male doctor went to talk to a black female patient about how she felt about menopause. Or really any woman – maybe you have access to HCPs these days, but do they ask the right questions or even open themselves up for conversation? Many inequalities in treatment can be linked to the prejudices of health care providers.

HealthyWomen: What can providers do to remove some of these barriers?

Octavia Kanon: During a regular annual exam, I try to ask open-ended questions to see how my patients are feeling, or if they have problems with anxiety or depression. That can get the conversation going and help determine whether we should talk about menopause. I feel like I’m always 15 to 30 minutes behind schedule because I take the time for patients to make sure they have all the information they need. Providers can also educate by being accessible in other ways: they can set up a web page, be active on social media when discussing menopause. I enjoy coming into the community and giving workshops in churches and with women’s groups.

HealthyWomen: Can women do more to take care of their health during menopause?

Octavia Kanon: I think women of color have often learned not to ask a lot of questions and just say, “This is part of life.” While I believe racial differences exist and much of the responsibility rests with the caregiver, sometimes we are our own worst enemy in taking care of ourselves. I always tell patients: you have to be your own advocate. If there is no one to speak for you, you must learn how to speak for yourself.

If you don’t feel comfortable doing it in person, use your online patient portal to ask a question. Make an appointment for telecare. Call and ask to speak to the triage nurse if you have any other questions. Research information online so you know what to ask your provider. You have to find the most comfortable way to communicate. My general general statement is that communication is the key to finding your happy place and that women should practice self-care, self-help and self-love.

This tool was created with support from Pfizer and developed in collaboration with the American Association of Nurse Practitioners.

From your site articles

Related articles on the internet