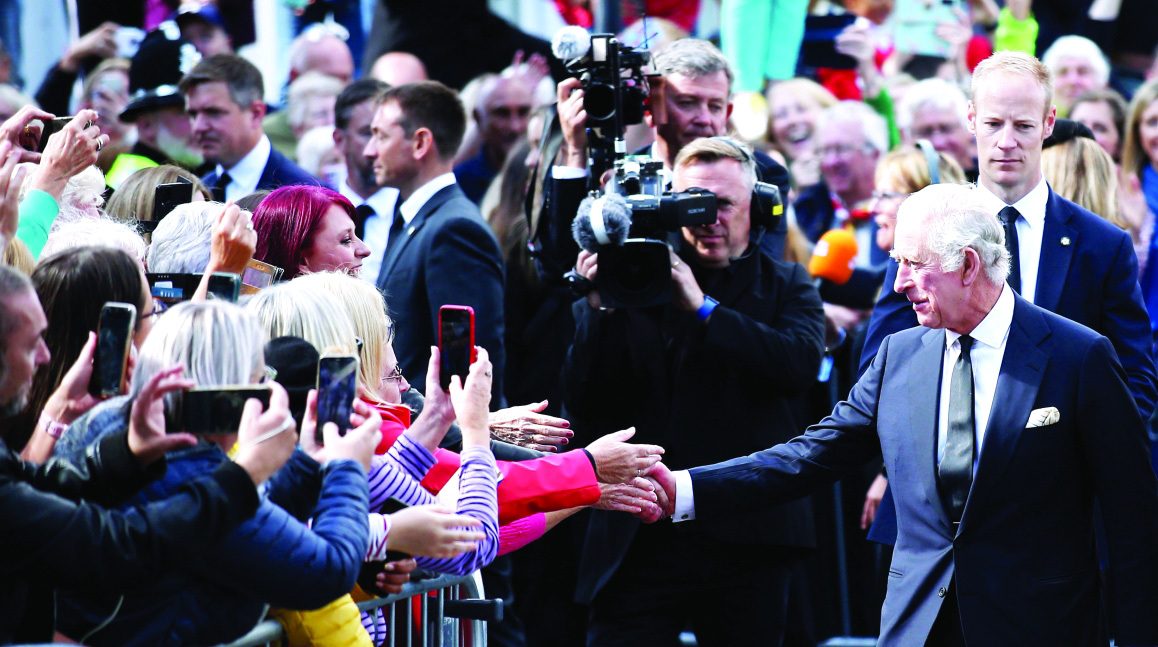 Yesterday, a source at the British Foreign Office announced that Queen Elizabeth’s funeral will be attended by about 500 guests from nearly 200 countries and regions. The source added that nearly 100 presidents and prime ministers and more than 20 members of royal families will attend the funeral.

Crowds greeted King Charles III in Wales yesterday, the last leg of his tour of the territories of the United Kingdom, three days before the solemn funeral of his mother, Elizabeth II, and with a queue to pause for one last look at her body , which temporarily stretched for miles.

Last night, King Charles and his siblings stood in silence in front of their late mother’s coffin, as thousands of miles lined up to say goodbye to the body. Charles, his sister Princess Anne and his brothers Princes Andrew and Edward joined the guard of honor for a 15-minute silence at Westminster Hall in central London, where their mother’s coffin has rested since last Wednesday.

A spokesman for the royal family said the queen’s eight grandchildren, including Princes William and Harry, will also stand in silence before her coffin on Saturday evening. The coffin will remain in London’s Westminster Hall until the state funeral on Monday, so that the public can bid farewell to the late Queen.

pass up an opportunity

Already tens of thousands of people from all walks of life from Britain and around the world were patiently queuing for the chance to pass by the coffin. Yesterday morning the queue was eight kilometers long and people would wait 14 hours to reach the hall.

In Cardiff, where King Charles met Republican official Mark Druckford of Wales, a large crowd chanted “God save the King” as Charles shook hands after a multi-faith service at Llandaff Cathedral in Cardiff.

In a speech in English and Welsh, King Charles promised to imitate his mother. He said William’s love for this part of his country grew in the years he spent here himself, after training as an RAF helicopter pilot in Anglesey.

Ahead of the Queen’s state funeral on Monday, Charles and his siblings – Princess Anne, Prince Andrew and Prince Edward – will stand reverently before a coffin draped in the British flag in London. Likewise, the Queen’s grandchildren, including William and his brother Harry, will gather around the coffin tonight.