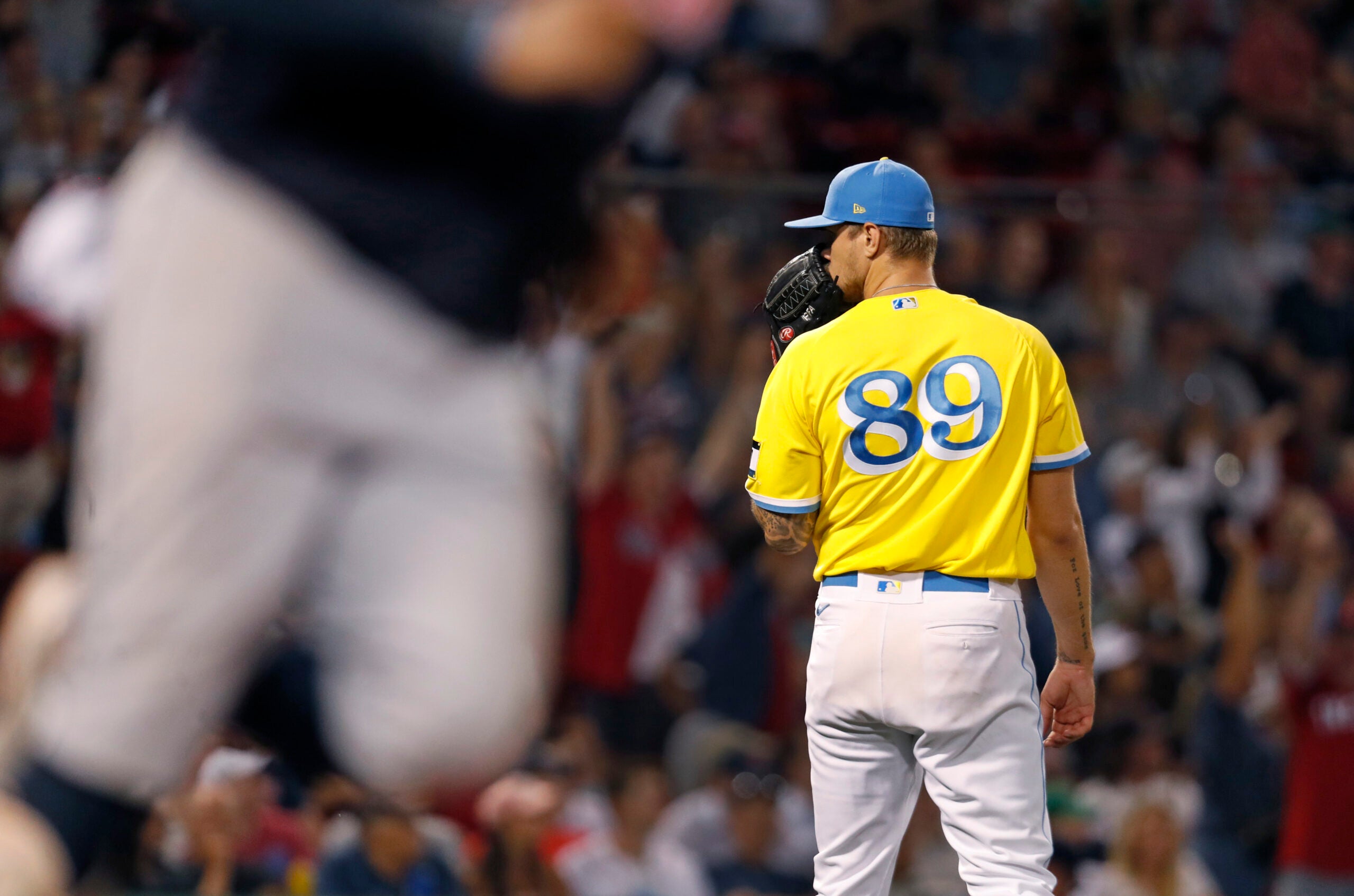 Red Sox manager Alex Cora sounded a little tired of using the same words over and over when he spoke to the media after Wednesday’s 7-6 loss to the Guardians – the latest in a series of frustrating, sloppy losses his side have suffered. to endure.

Yet even a frustrating baseball season lasts at least 162 games and sometimes you have to repeat yourself a bit.

“We didn’t play well in defense towards the end,” Cora said wearily. “That’s the result. We gave the opponent more than 27 outs at this level, we paid the price… It’s been going on here for a while.”

The worst offender – though not the only one – was Franchy Cordero, whose struggle to learn to play first base on Wednesday was costly. With the Red Sox leading 6-5 in the top of the eighth, Cordero fielded a bouncing ball and threw an unwise ball off balance near John Schreiber who jumped away from the reliever. Rightfielder Nolan Jones of Guardians gave up an infield-single and sprinted to second place on the error. Two batters later, Myles Straw – the number 9 batter for the Guardians – hit his second double of the game to fire Jones in.

“Those kinds of plays that are in between are the hardest plays,” Cordero said through a translator after the game. “Just trying to learn from the mistakes and move on.”

Cordero made Red Sox history with his three early errors, making him the first Red Sox first basemen since Mo Vaughn in 1993 to reach that number.

“He’s still learning the job,” Cora said. “He hasn’t played too much at first base. It’s been better than last year, but obviously there will be plays that will be the first time it happens, or he will rush to do it.

“It’s just heavy. No matter how it goes or whatever, if you don’t play a good defense, this is what happens.”

The sloppy baseball set the stage for Josh Naylor’s exploits in the ninth. With the game even going 6-6, Naylor fired a 2-0 slider from Tanner Houck over the left field wall to give the Guardians their decisive margin.

2. The homer Houck gave up to Naylor was the first of the season he allowed on a slider, according to Baseball Savant. Opponents have only hit .152 with an XBA of .202 when Houck throws his slider – making up 40.6 percent of his pitches.

3. The Red Sox wasted Bobby Dalbec’s best day of the season. Dalbec homered twice – a pair of two-run blasts – and drove in a fifth run with a sacrifice fly in the bottom of the fourth.

Dalbec told reporters after the game that swinging smoothly has been crucial to his recent improvements, but he doesn’t believe getting more comfortable at third base has affected him at the plate.

As for his black eye? Field practice at first base.

“The first of the day has got me,” the gentle Dalbec said with a small smile.

4. On his second start since returning from a back infection, Nathan Eovaldi had some early struggles – three runs in the second, two in the fourth – but said he was getting stronger as the match went on. Only three of the five points against him were earned.

“All the work we’ve put into it will definitely get us back to where we need to be.”

5. Speaking to the media before the game, Chaim Bloom admitted that the standings – where the Red Sox have currently sunk to the bottom – plays a role in his decision-making as the trade deadline approaches.

“We are not very happy with how it looks now. We have to take that into account,” said Bloom. “Every game moves that needle in one way or another. It doesn’t change how we feel about the talent at the club, but it does change our situation.

“Part of that is that we’re in a really good division, but that’s no excuse. We have to be honest. If we don’t reverse that, we won’t get where we want to go.”

Bloom noted that Rafael Devers, Kiké Hernández and Chris Sale are all out, while acknowledging that the Red Sox are not a perfect roster.

Get the latest sports news in Boston

Get updates on your favorite Boston teams straight from our newsroom to your inbox.