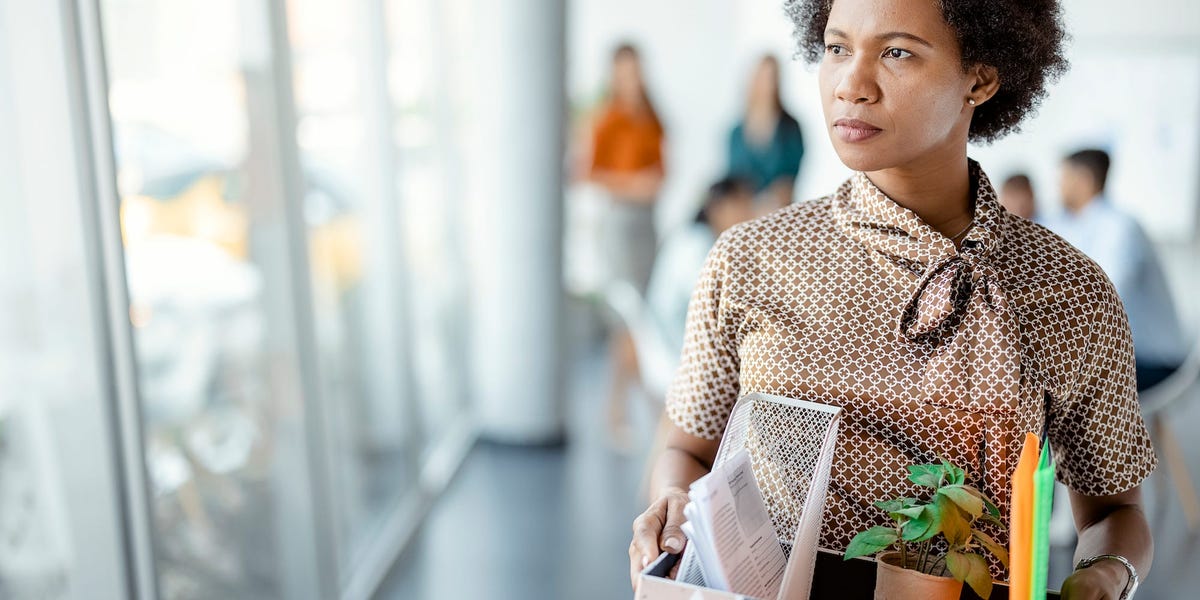 That’s based on a June second-quarter 2022 survey from Joblist, which found that 26% of “job seekers who quit their previous job” regret their decision. Just over 600 people were asked about this regret for the survey.

A Harris Poll poll for USA Today from earlier this year also found that about 1 in 5 people who quit felt sorry.

“The Great Resignation continues because many people who regret leaving their jobs have recently started looking for—and ended up—a new one,” Vicki Salemi, a career expert at Monster, said in a statement to Insider.

While some people who regret their choice apply for another job or want to return to their old position, Insider has explored why people regret quitting. The following are just three reasons why people may regret participating in the Great Resignation.

According to data from the Bureau of Labor Statistics, the number of layoffs in the US has exceeded 4 million per month for nearly a year. And as of May 2022, there were more than 11 million job openings for six consecutive months. But even in today’s hot job market, some people don’t have the easiest time getting a job.

“The most popular reason (40%) is that they quit without a new job lined up and the job market has proved more difficult than expected, which is perhaps a surprising insight at a time when the number of job openings in the US is near record levels. Joblist wrote about his findings.

Kevin Harrington, the CEO of Joblist, told Insider that he’s proposing people “take advantage of the job market while they can.”

“If the job market changes in the second half of the year, which hopefully won’t, it could be harder to switch roles later on,” Harrington said. “So especially for people who have certain regrets about their last move, it’s important to be very thoughtful and detailed when selecting their next role, especially now.”

Maybe wait for something new to line up this time before saying, “I’m quitting.”

According to Joblist’s recently released quarterly report, 17% said their “new job isn’t what they hoped” and 16% said their “old job was better than they realized” as the reasons for their regrets. Nearly a third of those with regrets, 30%, said in the Harris Poll that the job was not what they expected.

“Those of you dissatisfied with the move is probably because you were just moving too fast, both on the company and employee side,” Catherine Fisher, LinkedIn career expert, told CBS Mornings.

Employees who have yet to quit but are considering doing so should also take precautions so they can reduce concerns about potential regrets. Alison Sullivan, Glassdoor’s career trends expert, said in a statement that employees should “carefully evaluate their next steps” before submitting your letter of resignation and leaving.

“No one wants to regret the quitter,” Sullivan said. “That can happen when a new job or company isn’t what you expected. That’s why it’s critical to do research when making these career decisions.”

Sullivan added that this includes checking reviews left by others and researching the “pros and cons of a new job or company before quitting.”

While people may regret leaving because the new job is different from what they thought it would be, regret can also simply be due to new job nerves.

“Regret can also be part of the comfort zone; a previous job is known, it’s something you know rather than a new job that is unknown at first,” Salemi said. “Even as a new hire, there may be some stumbling blocks to overcome, but there is often a learning curve for both the job and the employer’s culture and processes.”

Some terminations miss their colleagues or their previous position

Just under a quarter of the Joblist survey, 22%, said they miss the people they’d worked with as the reason they regretted getting fired. In the Harris survey, 24% of those with regret said they missed the work culture at their previous job.

Some people who regret their jobs have thought about becoming a boomerang employee and get back to the coworkers and the position they missed.

Survey data from Monster shows that 61% of respondents would think about actually going back to a previous employer. Fifty-nine percent said in the Joblist survey they wouldn’t want to be a boomerang employee. About a quarter, 24%, said maybe.

“I think for those who regret their decision and wish they had kept their old job, it never hurts to contact an old manager or representative at a company, especially if you have a good relationship there” Harrington said. “It’s a super competitive market right now for employers to attract and retain talent. Many would welcome former employees back, especially high performers I think with open arms.”

Did you quit your job and regret it? Did you go back to your previous employer after regretting leaving? Please contact this reporter at [email protected]